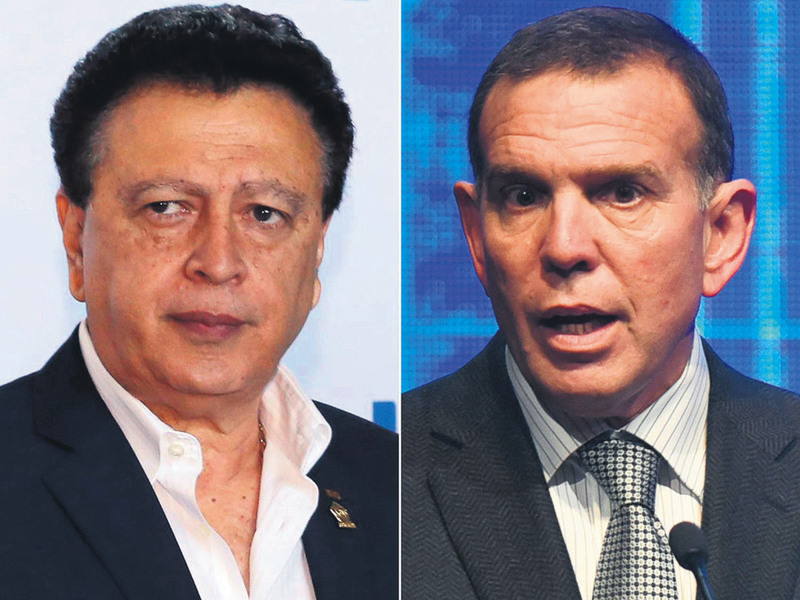 by Daily Sabah with Wires Dec 04, 2015 12:00 am
In a dramatic widening of the FIFA corruption scandal, Swiss police arrested two more top football officials in a dawn raid Thursday on suspicion that they accepted millions of dollars in bribes, according to AP. Alfredo Hawit of Honduras and Juan Angel Napout of Paraguay are the two senior FIFA officials arrested by Swiss authorities yesterday, the Swiss Federal Office of Justice (FOJ) confirms. Both men have opposed their extradition to the U.S. at Zurich police hearings, Switzerland's justice ministry said in a statement. Hours earlier, Swiss police made pre-dawn raids at the luxury Baur au Lac hotel in downtown Zurich, the same place where arrests on May 27 sparked the FıFA corruption crisis. "According to the U.S. arrest requests, they are suspected of accepting bribes of millions of dollars," the justice ministry said.

"Some of the offences were agreed and prepared in the USA. Payments were also processed via U.S. banks."The bribes are linked to marketing rights for the Copa America including the 2016 edition hosted in the United States and World Cup qualifying matches. Napout, who is from Paraguay, is president of the South American confederation and Hawit, who is from Honduras, leads the North American regional body known as CONCACAF. They are the third past or current presidents of each continental body to be indicted by the U.S. Department of Justice since May in a case that has shattered the reputations of soccer leaders in Latin America. The arrests were made ahead of FIFA executive committee meeting which approved wide-ranging reforms to help protect against corrupt officials. The reforms are a response to the dual American and Swiss federal investigations of corruption implicating FıFA leaders and which forced President Sepp Blatter to announce his resignation plans in June.

FIFA's Executive Committee yesterday "unanimously" approved a program of reforms which includes limiting presidents to a maximum 12 years in charge and introducing "transparency of compensation" for leading officials, according to AFP. In a statement, world football's governing body confirmed it had been agreed to introduce the reforms as part of broader measures in an attempt to restore credibility at the scandal-hit institution.

The program of reforms presided over by Reform Committee chairman Francois Carrard must get the approval of the 209 member federations at FIFA's extraordinary congress on February 26.FIFA is also considering expanding the World Cup from 32 teams to 40 in 2026 and will discuss the proposal at a future meeting, with support particularly strong among Asian and African representatives.
RELATED TOPICS