A crucial night in Europa League for Beşiktaş, Fener 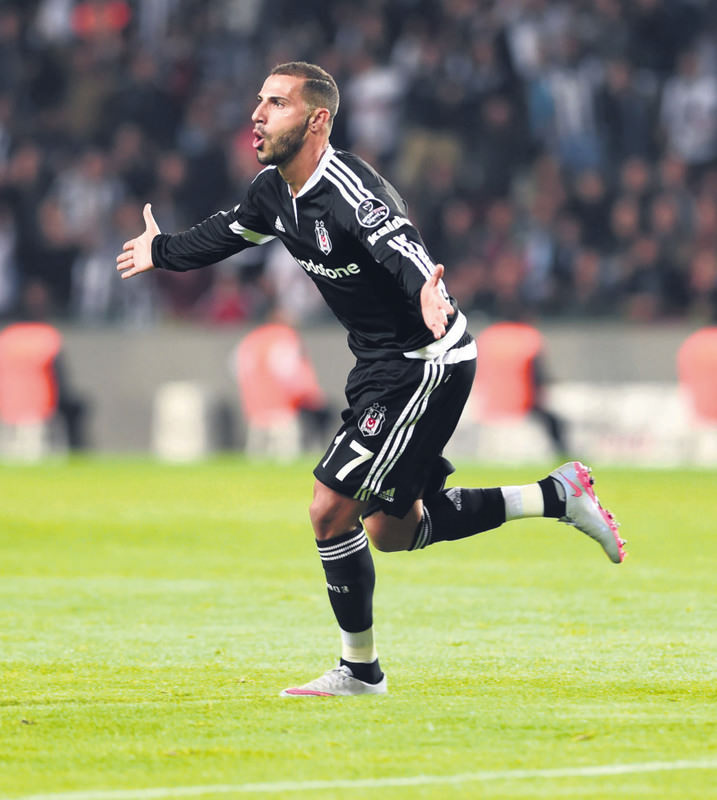 It is a night of destiny in Europe for Turkey's Fenerbahçe and Beşiktaş, who will square off with FC Celtic and Sporting Lisbon. The two Istanbul-based clubs look to secure their place in the next round of the Europa League. Beşiktaş, leaders in Group H with nine points, will face Sporting Lisbon, which is in third place with seven points, in the Jose Alvalade stadium in Portugal. The Black Eagles will make it into the next round if they grab a win or draw. The team's fate hinges on the other match in the group between KF Skenderbeu and Lokomotiv Moscow. If Lokomotiv win and Beşiktaş lose, the Eagles will squander their chance to advance. So, Eagles fans may have to flip channels occasionally if the situation gets grim for Beşiktaş as the Lokomotiv-Skenderbeu match starts at the same time as the Lisbon game does. The last game between Beşiktaş and Lisbon ended in a 1-1 draw in Istanbul. The team will likely miss Ersan Adem Gülüm and Gökhan Töre, two players who suffered injuries in domestic matches. A possible lineup of the team includes Tolga Zengin, İsmail Köybaşı, Atiba Hutchinson, Oğuzhan Özyakup, Ricardo Quaresma, Jose Sosa, Olcay Şahan and Mario Gomez.

Sporting Lisbon, leaders in the Portuguese Premier League with no defeats and two draws, may prove a tough opponent for Beşiktaş, especially in a home game. Sporting have only once failed to make it to the round of 32 in five previous UEFA Cup and UEFA Europa League campaigns. Beşiktaş are accustomed to playing against Portuguese teams though it is only the second time they have faced Sporting Lisbon. The Eagles have lost four out of the eight matches they have played against Portuguese teams. But the key to success or failure for Beşiktaş might lie in the familiarity of the two teams' coaches. Tonight's match will pit the Eagles' Şenol Güneş against Lisbon's Jorge Jesus for the fourth time. Apart from the previous Europa League game, the two teams squared off twice while Güneş was coaching Trabzonspor and Jesus was coaching Benfica in the UEFA Champions League in the 2011-2012 season. Jesus' Benfica defeated Trabzonspor in the first match and scored a 1-1 draw in the second match.

This is Beşiktaş's 184th match in European competition, where they scored 68 wins and suffered 78 defeats. The Eagles have secured victory in just 20 away matches in Europe out of 91 games. For Fenerbahçe, tonight's game in Istanbul might be an easy one against the Scottish outfit Celtic, who are at the bottom of Group A with only two points. The Yellow Canaries need at least one point to qualify for the next stage.

Fenerbahçe started out in Group A with a disappointing 3-1 defeat against Norway's Molde though they quickly recovered in the four subsequent games and reached second place in their group with eight points. Celtic already abandoned hope of moving through to the next round of the competition after a defeat against Ajax, which added to two other defeats and two draws that saw them end up with only two points. If Fener lose to Celtic, their place in the competition will rely on a victory by Molde against Ajax. If Fener lose and Ajax beat Molde, they will be knocked out of the Europa League.

Fenerbahçe coach Vitor Pereira said at a press conference in Istanbul yesterday that it would be a crucial game for them as they were in "a challenging group" and though a draw would be sufficient to move to the next round, they are aiming for the leadership in Group A. Pereira was confident of his team being "more aggressive and better than it was when the first half started." Pereira, appointed in June, said he was still trying to adapt to a team "with players from different cultures" though he lauded the team's performance in tackling both long shots and defensive security. On Celtic, Pereira said the Scottish team "paid the price" for its minor mistakes while he admitted Fener had trouble in the first half of the first match against them. Pereira did not hint about the possible lineup though he downplayed the injury of Dutch striker Robin Van Persie. "I am not sure whether he will be included in the final lineup but I can assure you he doesn't have a serious injury," he said.
RELATED TOPICS