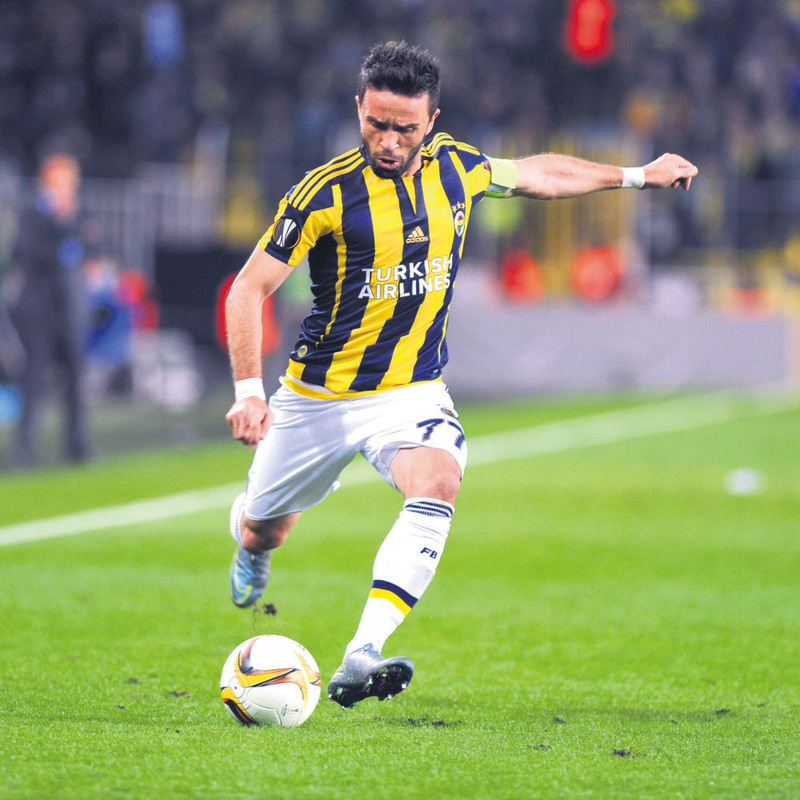 by Daily Sabah Dec 17, 2015 12:00 am
UEFA has announced its official team of the Europa League group stages. One Turkish footballer, Gökhan Gönül (above) of Fenerbahçe, was named in the team. Gönül is attracting attention lately with his excellent performance in both international and domestic matches. All-conquering Napoli have two representatives but the rest of the UEFA Europa League group stage all-star XI was drawn from far and wide. One Liverpool player and one Tottenham Hotspur player were also named in the team. For the Reds, right-back Nathaniel Clyne gets the nod in a slightly awkward looking back-three system. And from Spurs, it is winger Erik Lamela who is included. His hat-trick against Monaco in the final group game was presumably fresh in the minds. Here is the full list of players selected by UEFA as it team of the Europa League group stage: *Ralf Fährmann (Schalke)