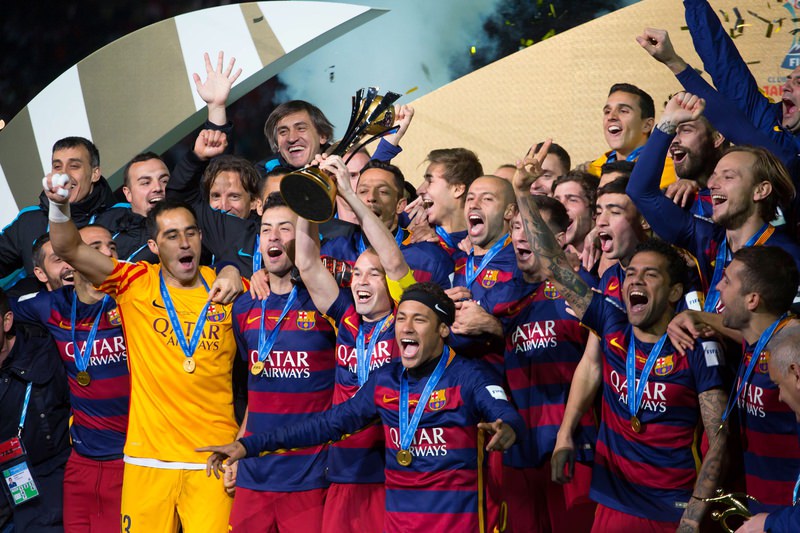 by Anadolu Agency Dec 20, 2015 12:00 am
Barcelona have been crowned as the 2015 FIFA Club World Cup champions after the Spanish La Liga giants won against Argentine club River Plate 3-0 in the final match at International Stadium Yokohama in Japan on Sunday.

Barcelona stars, Argentine forward Lionel Messi and Uruguayan striker Luis Suarez brought the glory for their team. Messi opened the scoring in 36', before Suarez put the ball into the River Plate net twice in 49' and 68'.