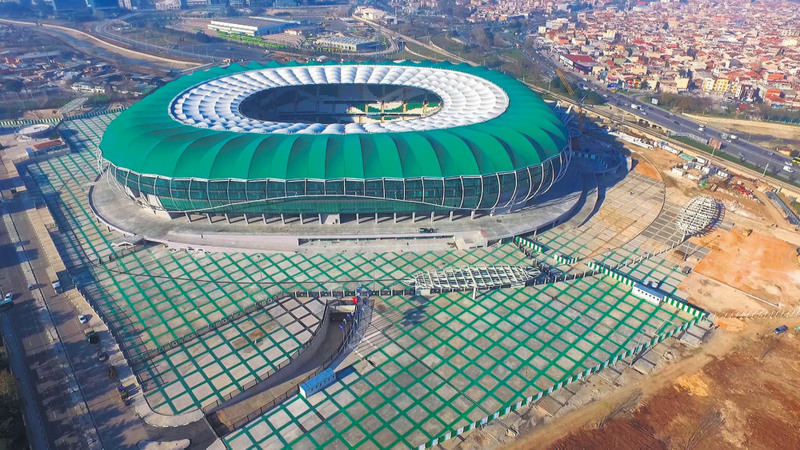 by Daily Sabah Dec 22, 2015 12:00 am
Bursaspor, who are among the five titleholders in the Super League, opened their brand-new stadium on Monday with an official ceremony.

The inauguration ceremony of the 44,000-capacity stadium was also attended by President Recep Tayyip Erdoğan.

In the opening ceremony, a Turkey Celebrities team and a Bursa Celebrities Team played an exhibition match.