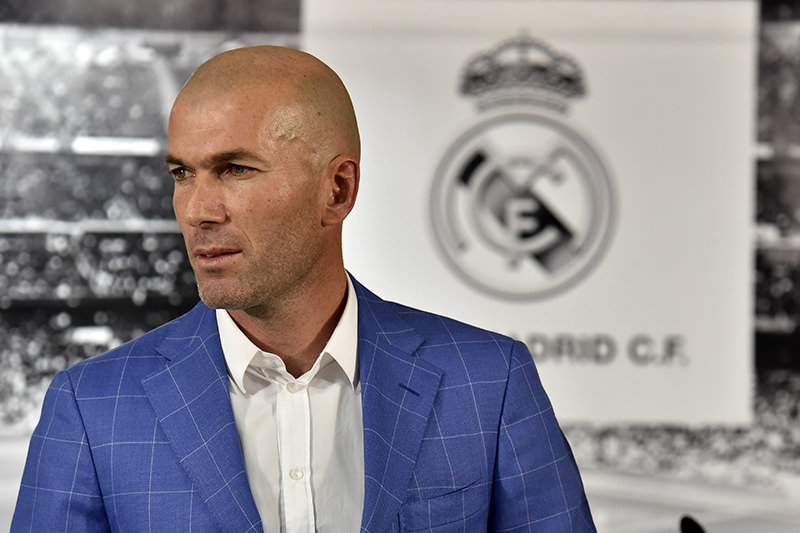 Real Madrid's new French coach Zinedine Zidane poses after a statement of Real Madrid's president at the Santiago Bernabeu stadium in Madrid on January 4, 2016. (AFP Photo)
by Daily Sabah with Reuters Jan 04, 2016 12:00 am
Real Madrid have sacked coach Rafa Benitez after less than half a season in charge and promoted former France and Real great Zinedine Zidane from the B team to replace him, president Florentino Perez said on Monday.

Perez announced the dismissal of Benitez, who had a contract until June 2018, following a board meeting and Zidane was present at the president's news conference at the Bernabeu stadium.

"Firstly I would like to thank the club and the president for giving me the chance to coach this team," Zidane said.

The Spanish club's president Florentino Perez called a board meeting for Monday, and is expected to be followed by a press conference at 7:30 p.m. local time.

Directors of the club have been holding talks throughout Monday after Madrid failed to beat Gary Neville's Valencia on Sunday evening, drawing 2-2.

Rafa Benitez had taken over the club just seven months ago.