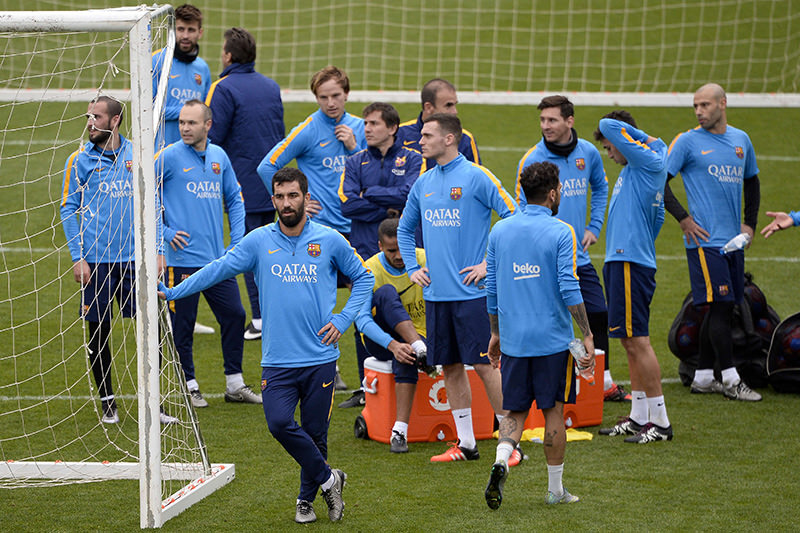 While Barcelona will have another chance to beat crosstown rivals Espanyol tomorrow when they host the first leg of a Spanish Cup fifth-round tie, they will finally be able to count on Arda Turan and Aleix Vidal who have been kicking their heels for six months now. Both players were signed by Barca pre-season but have been unable to play until now because of the transfer ban imposed on the Catalans by FIFA in 2014 for having under-age foreign youngsters in their famed youth scheme.

Barcelona's five trophy haul in 2015 was all the more impressive given the sanction on fielding new signings, reinforcements will boost Luis Enrique's stretched squad. He admitted his side failed to match the work-rate of the Espanyol defence in Saturday's 0-0 La Liga draw that cost Barca top spot although they do have a game in hand. The Catalans are unbeaten in 18 games but, aside from the two wins that saw them lift the Club World Cup last month, they have just one victory in five matches in all other competitions. The King's Cup holders now face Espanyol in the first leg of their last 16 clash at the Camp Nou.

"Being unbeaten is fine but if we want to win trophies then we have to win and score goals against any rival," technical secretary Robert Fernandez told reporters after the Espanyol draw. "If we're going to be champions it's necessary to win."

With the prolific form of Lionel Messi, Neymar and Luis Suarez in Barca's so-called trident attack, Turkey playmaker Arda Turan is more likely to be used in a deeper role while Spaniard Vidal is an option for either a midfield spot or at right back.

"It has been a difficult four months as we have had two players who have been keen to play and we have wanted to see them in action," said Fernandez.

"Still these months have worked well in letting them get to know our style of play and the system."

There is also set to be a hard-fought derby between Real Betis and Sevilla after last month's bad-tempered league clash which finished 0-0 and was littered with yellow cards.

Real included Denis Cheryshev in their starting lineup at Cadiz in early December when he should have been serving a one-match ban. The Russia forward opened the scoring in a 3-1 win.
RELATED TOPICS