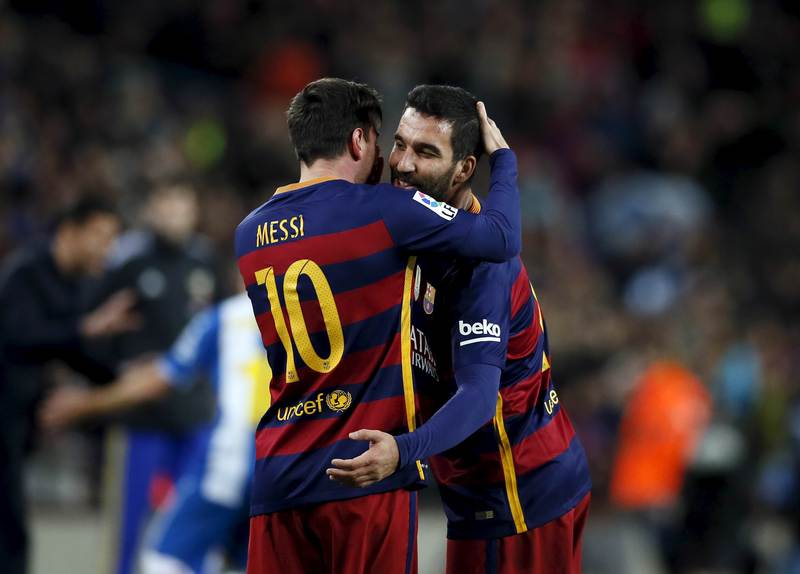 by Daily Sabah with DPA Jan 07, 2016 12:00 am
Spanish Cup holders Barcelona come from behind to beat Espanyol 4-1 at home, with a brace from Lionel Messi followed by goals from Gerard Pique and Neymar. In the match, Arda Turan and Alexis Vidal made their long-awaited debuts for the Catalans, as the FIFA transfer ban on Barca has finally expired.

The fifth round first leg started with Felipe Caicedo giving Espanyol a shock lead in the Camp Nou but Barca dominated from then on, especially when Espanyol had Hernan Perez and Pape Diop sent off in the second half.

The second leg will be played at Espanyol's Cornella stadium January 13.

As the match would be the first time for Arda Turan to play for the Catalans, the club shared some tweets from its official account. In a tweet sent before the match, the club mentioned Bayrampaşa neighborhood of Istanbul, where Turan was born and raised.