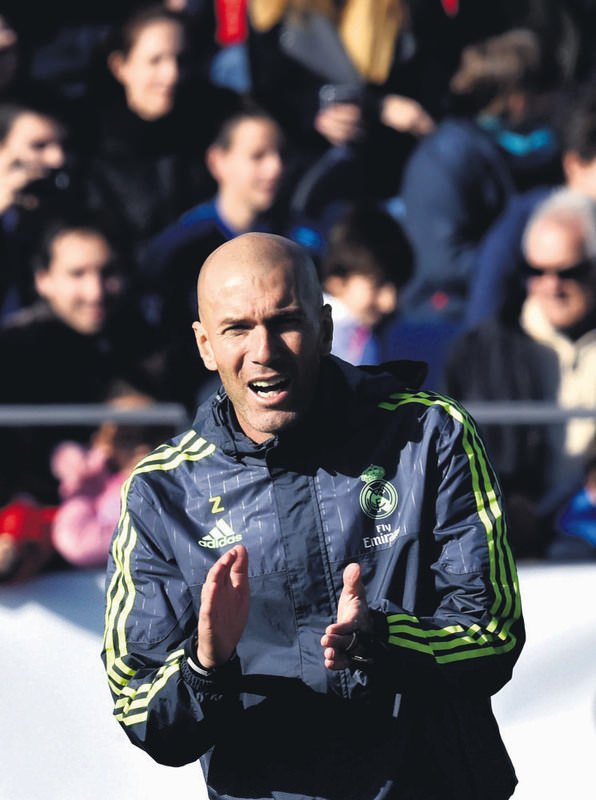 by Associated Press
Jan 08, 2016 12:00 am
Zinedine Zidane will make his coaching debut on Saturday when Real Madrid hosts Deportivo La Coruna in the Spanish league. The former France great was promoted from managing Madrid's reserve team, which plays in the third division, to taking over for Rafa Benitez after the Spaniard was fired following Madrid's 2-2 draw at Valencia last weekend. A fan favorite from his five seasons at Madrid, a warm welcome is expected for Zidane by the Santiago Bernabeu crowd. Disgruntled fans had called for Benitez to be fired following the team's inconsistent form that has Madrid in third place, four points off the pace of provisional leader Atletico Madrid.

"The important thing is to keep the players' spirits high, I think they've done a good job," Zidane said at his first news conference on Tuesday. "We have to think that the work done by Benitez has been good and I want to wish him all the best for the future. My message is work."

Barcelona, in second and two points adrift and with a game in hand, will have played earlier on Saturday at Camp Nou against Granada. Atletico waits until Sunday in a tough visit to fifth-place Celta Vigo.