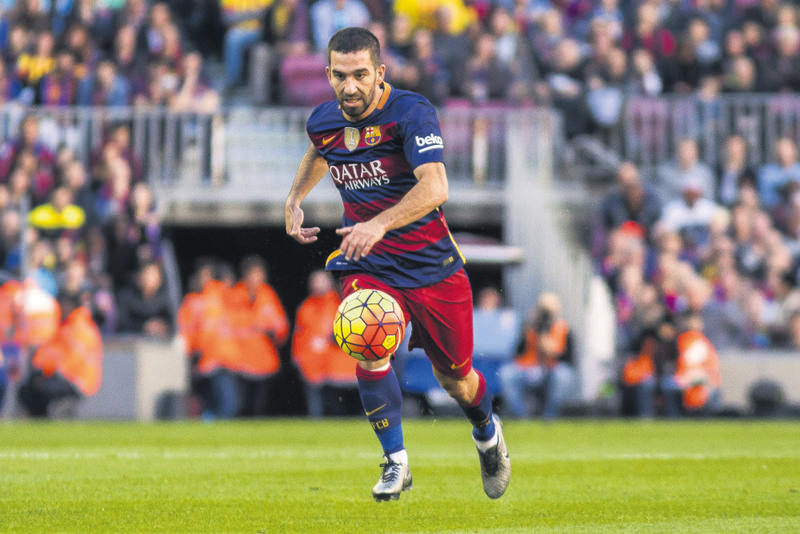 by French Press Agency - AFP Jan 13, 2016 12:00 am
Holders Barcelona will be looking to seal their place in the Copa del Rey quarter-finals today in the final instalment of three heated Catalan derbies against Espanyol over 10 days. The European champions hold a commanding 4-1 lead from the first-leg that Espanyol ended with nine men after red cards for Hernan Perez and Papakouli Diop, whilst goalkeeper Pau Lopez escaped punishment for stamping on newly crowned Ballon d'Or winner Lionel Messi. However, Barca will be without the suspended Luis Suarez as he was given a two-match ban for confronting Espanyol players in the tunnel after the game and calling them a "waste of space." Espanyol have also been reported to Spain's anti-violence commission by the Spanish league for alleged racist abuse aimed at Brazilian star Neymar during the sides' 0-0 draw in La Liga on Jan. 2.

Barca boss Luis Enrique compared Espanyol's roughhouse tactics to playing American football after the first-leg, but met with his counterpart Constantin Galca to try and ease tensions between the two clubs. Despite their comfortable lead and a punishing schedule of up to 17 games in January and February, Enrique is expected to start with both Messi and Neymar in attack in Suarez's absence. Javier Mascherano, Dani Alves, Sergio Busquets and Andres Iniesta are also expected to return after being rested for Saturday's 4-0 rout of Granada.
RELATED TOPICS