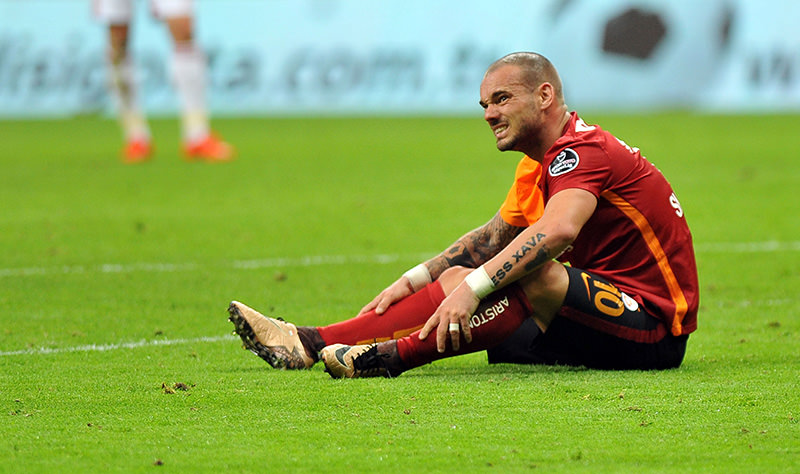 by daily sabah Jan 18, 2016 12:00 am
The UEFA Club Financial Control Body (CFCB) investigatory chamber has decided to refer Galatasaray's case to its adjudicatory chamber as the Turkish club failed to meet the terms of the agreements put forward in a deal reached with the top body of European football to meet its financial fair play criteria last year.

The statement released on the UEFA website said the Istanbul club "has failed to comply with the break-even requirement during the monitoring period assessed in the 2015/16 season."

The CFCB adjudicatory chamber will take a decision on Galatasaray's case by the end of February, which may have serious consequences for the football club, such a European competition ban, transfer ban, and even relegation to a lower division.

Meanwhile, Hull City of England, Panathinaikos of Greece and Sporting CP of Portugal were found to have fully complied with the terms of their agreements and have exited the settlement regime.

Another Turkish club, Kardemir Karabükspor, is also currently under monitoring as it signed an agreement to ensure break-even compliance during the 2015/16 season.
Last Update: Jan 18, 2016 9:00 pm
RELATED TOPICS