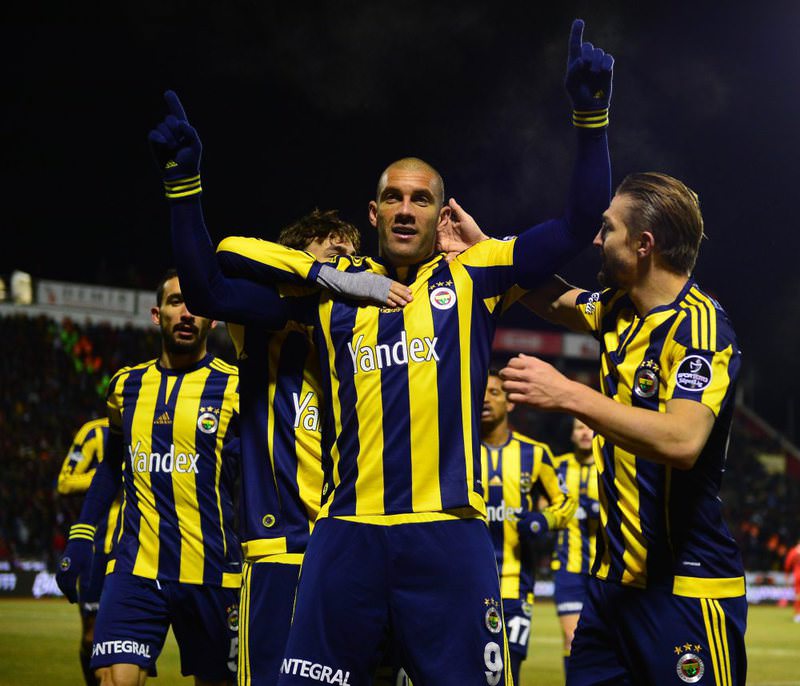 by daily sabah
Jan 21, 2016 12:00 am
Fenerbahçe, who currently sit atop the Spor Toto Super League after they cruised past Eskişehirspor 3-0 on Sunday, have seemingly forgotten how to lose. Fenerbahçe have not lost the last 21 games they have played in the Spor Toto Super League, the Ziraat Cup and the UEFA Europa League. The last time they lost was against Beşiktaş 3-2 in the sixth week of the Super League on Sept. 27, 2015. They have not lost in their last 12 matches in the Super League, in their last five matches in the Europa League and in their last four Ziraat Cup games, winning 15 of them and drawing six. After they lost against Beşiktaş, Fenerbahçe ascended to the top of the league thanks to 12 wins and three draws. They have also advanced to the second round in the UEFA Europa League thanks to two wins and three draws in their last five matches.

Fenerbahçe are also in the second round in the Ziraat Cup after their last two matches. They have won all four matches in the cup. Compared with the five leading clubs in Europe, Fenerbahçe have the best undefeated run after Barcelona. Barcelona have not lost in any of their last 22 matches. The Yellow Canaries have managed to surpass big teams such as Real Madrid, Paris Saint Germain, Bayern Münich, Juventus, Napoli, Arsenal and Manchester City in terms of undefeated runs.