Güneş must stick to his guns 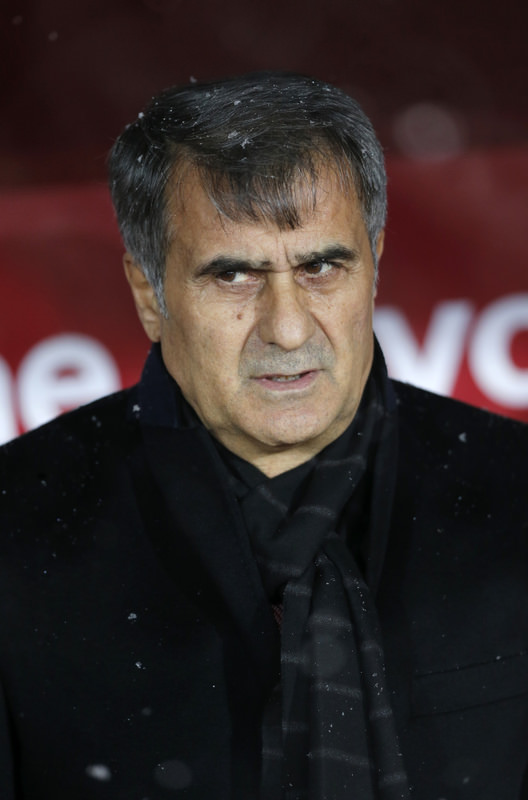 by Arda Alan Işık
Jan 23, 2016 12:00 am
Beşiktaş and coach Şenol Güneş are focused on the Turkish Super League championship this season and intentionally or unintentionally neglected the Turkish Cup. The team's groundbreaking performance in the league was completely missing in almost all of the Turkish Cup games and benchwarmers were unable to put in a show that might challenge the usual squad. Nevertheless, it is worrisome to see that Güneş's strategy is so dependent on his usual squad and is almost paralyzed when two or three players from the reserve team are put in with the experienced players. Given Beşiktaş strengthened the squad with Denys Boyko, Alexis Delgado and Aras Özbiliz, Güneş must put his strategy ahead of his favored players.

We all know what Beşiktaş have done well this season: being dominant, organized and quick, which have often solved every problem the Turkish League has thrown at them and have carried Beşiktaş to the top. Added to that, Oğuzhan Özyakup, Gökhan Töre and Mario Gomez's extraordinary performances have helped Beşiktaş to overlook their problem; assuming this successful style would work in every competition.

However, as Beşiktaş's failed attempt to qualify for the last 32 in the Europa League and the shocking defeats against second division teams in the Turkish Cup show, Beşiktaş's fragile and hesitant face is just waiting for the right moment to explode. Well, seeing as Beşiktaş were managed by five "traditional" coaches since the last "reformist" coach, Bernd Schuster, the team has developed a defensive reflex when they encounter a challenging situation. A tough opponent like Sporting Lisbon or giving young players a chance was that kind of a challenge, and Beşiktaş failed on both occasions.

Güneş must implement the most basic passing model to prevent this reflex and teach his team the value of ball possession. This is easier said than done given the fundamental deficiencies of Turkish players, but Güneş was able to do it against relatively weak opponents, and it paid off quite well. Nonetheless, I accept the fact that the road to the championship in Turkey is full of cheating, violence and tension; thus, it is conceivable that Güneş chooses to protect his team from this unhealthy habitat by using some old tricks. But the very moment he forgets what made Beşiktaş so different this season and tries to save the day, he awakens the inferiority complex inside Beşiktaş and loses everything he has built since the beginning.

On the other hand, I believe both Boyko and Delgado were good signings. Of course, we shall see how they perform but categorically Beşiktaş needed a change.

Apparently Boyko's transfer made Beşiktaş's young goalkeeper Günay Güvenç less enthusiastic and more reckless. His performance against Karabükspor was nowhere near that of a goalkeeper who is working towards the number one spot. Tolga Zengin, on the other hand, is already the former number one and is on top of the list of those who will leave the club this summer. If Beşiktaş and Boyko perform without unacceptable mistakes, I don't see how Beşiktaş will lose this race.