Galatasaray worse than they were under Hamzaoğlu 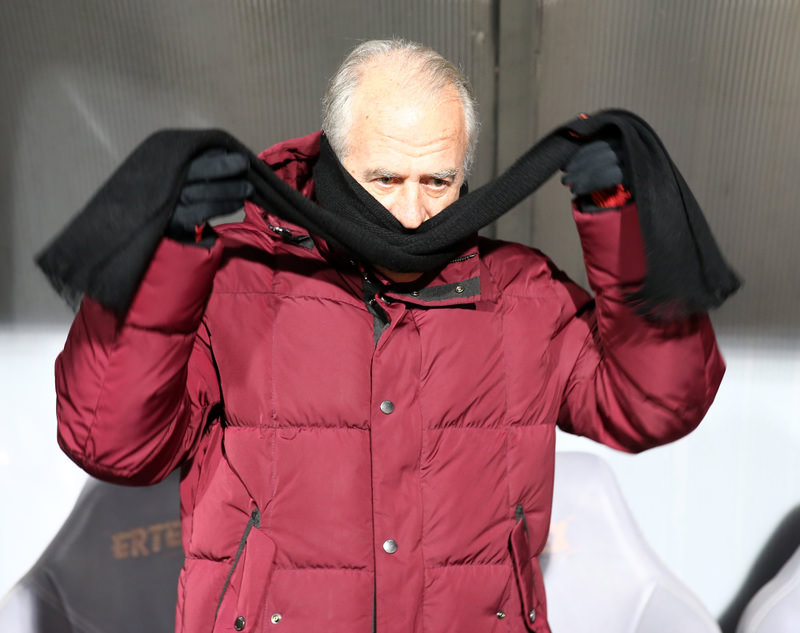 With Galatasaray nearly losing their title hopes after a 3-2 defeat against Osmanlıspor, Mustafa Denizli has fallen behind former coach Hamza Hamzaoğlu's performance

Galatasaray, which finished last season with three cups and won its 20th title, are reduced to rags this season. The Lions were defeated by Osmanlıspor 3-2 in an away match on Saturday in Ankara. With 10 points behind the leader Fenerbahçe, Galatasaray's hope for a title has nearly melted away. The club administration has not found what they expected after they fired former coach Hamza Hamzaoğlu and hired Mustafa Denizli.

Galatasaray coach Denizli said in a press conference: "We played very badly against Osmanlıspor. We have no excuses. However, the transfer window is closed for us. Our job was difficult and is more difficult from now on."

He has also stated that he is in the dark regarding the future of his star striker Burak Yılmaz. The Turkish international scored during Galatasaray's disappointing 3-2 defeat at the hands of the newly promoted Osmanlıspor.

"I have not received any information regarding Burak. But I wouldn't want him to leave. We are depleted and cannot reinforce during this window," Denizli stated after the game.

West Ham have made a 7 million euros bid for Yılmaz according to Turkish media. The report claims that the Hammers have put forward an offer that would see the Premier League outfit pay 6 million euros upfront and a further 1 million euro installment if the club ensures Europa League football. Galatasaray could be tempted to accept the offer considering the club is facing the prospect of a UEFA competition ban for failing to meet Financial Fair Play regulations.

Yılmaz has lifted the league title as well as the Turkish Cup twice since joining the club and has been one of the most constantly prolific strikers in the league over the past few seasons.
Last Update: Jan 25, 2016 1:00 am