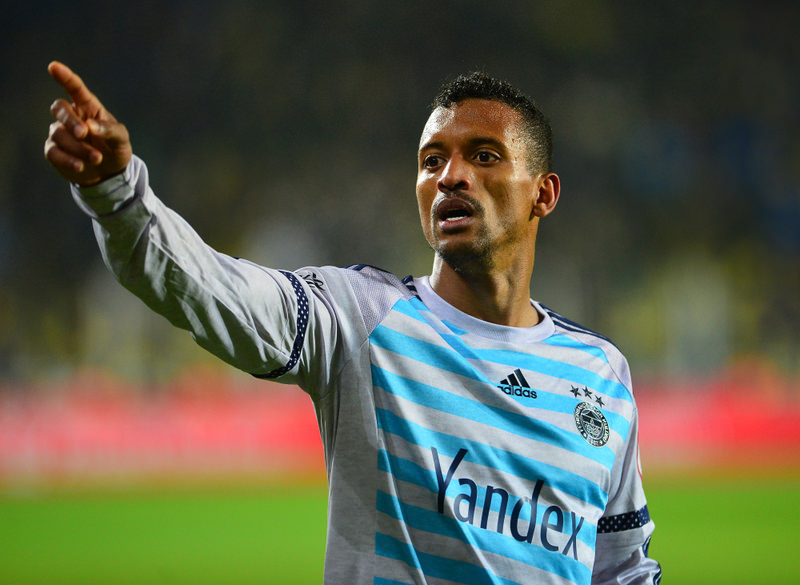 by Daily Sabah Feb 01, 2016 12:00 am
Fenerbahçe President Aziz Yıldırım said their Brazilian star Luis Nani (above) received a 20 million euros offer to join a Chinese club. Speaking at the Council Board Meeting of Fenerbahçe on Saturday in Istanbul, Yıldırım said, "If we intended to sell Nani, we could have raised the price to 25 million euros. We talked to Nani and told him not to go. The Chinese club offered Nani himself 10 million euros a year. He turned that down too. I thank him. He said that he would make the team champions." On striker Emmanuel Emenike, Yıldırım said, "We have been negotiating with West Ham United to loan him to the club."

Emenike belongs to Fenerbahçe but has been on loan in the UAE. "We want West Ham to pay 1 million euros to loan him. If he plays in at least 10 matches, we can sell him for 11 million euros," said the club president. On Salih Uçan, who they loaned to Rome for two years, Yıldırım said, "We loaned him for 4 million euros. There is an option to sell him for 11 million euros. His option will end in April." Yıldırım also stated that he would not leave his post as president in May. He had previously signaled that he might leave his post in May after he was cleared of match-fixing. He said that they would call an election after the High Court of Appeals announces its final judgement.
RELATED TOPICS