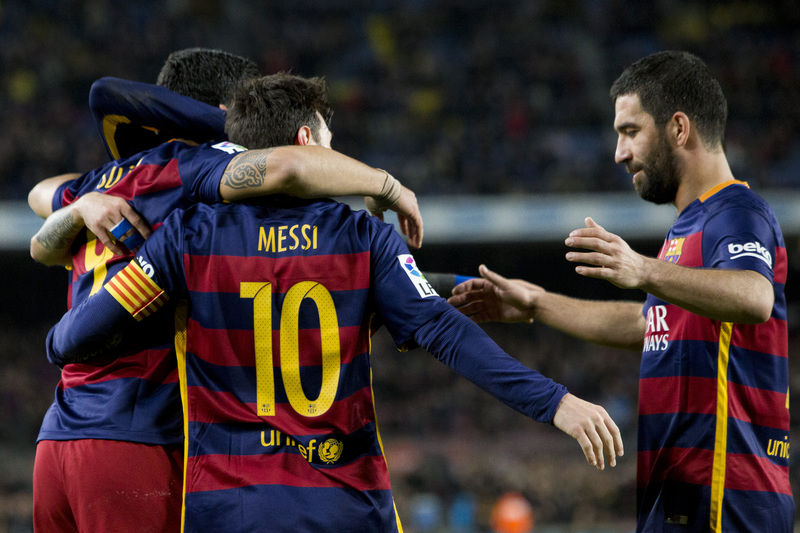 by Feb 04, 2016 12:00 am
Barcelona practically booked their place in the final of the Spanish Cup Wednesday by trouncing woeful Valencia 7-0, in a one-sided semi-final first leg which saw four goals from Luis Suarez and three from Lionel Messi.

Unless there is an astonishing turnaround in the second leg in Mestalla February 10, record cup winner Barca will be in their sixth final within eight years, facing either Sevilla or Celta Vigo - who start their semi Thursday.

The final result would have been even more humiliating for Valencia if Neymar had not missed a penalty just before half-time, after an incident which saw Valencia defender Shkodran Mustafi rather harshly sent off.

The embarrassing meltdown could turn out to be the final nail in the coffin of Valencia coach Gary Neville, whose team have gone 11 games without a win in La Liga.
Last Update: Feb 04, 2016 2:26 am
RELATED TOPICS