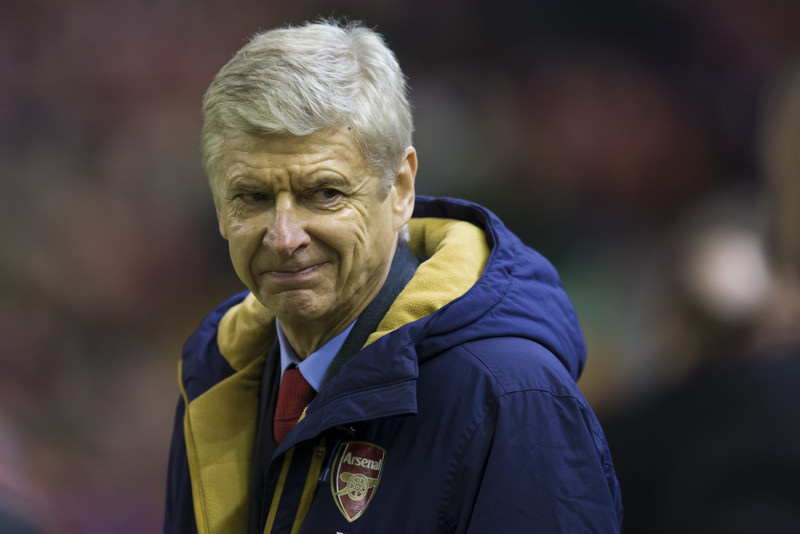 by Arda Alan Işık Feb 13, 2016 12:00 am
The Guardian writer Jonathan Wilson, who is one of the few intellectual and analytic football columnists, wrote an interesting piece on Arsene Wenger's stubbornness over his system. Wilson decried Wenger's insistence on his Wengerian methods and accused him of not seeking the best solutions but always the solutions mined from his strategic tradition. He said: "The need for narrative and readily understood personalities means that Wenger is encouraged to be Wengerian. However independent he may be, there must be an aversion, however subconscious, to being questioned about abandoning your principles. If Wenger had gone out last summer and smashed Arsenal's transfer record to sign a holding midfielder, it would in a sense have been an admission that for years he's been wrong and the public has been right; stubbornness sets in - and, as stubbornness becomes part of the Wenger personality, becomes self-perpetuating."

Now, Wilson has a point, in his trophy-less 12 years, Wenger never gave up on his ideal of a self-sufficient, youth-based and visually enjoyable system. Nevertheless, in the picture that Wilson drew, it seems like Wenger invested an unreasonable amount of time in a dull system that did not lead to success. True, Wenger could have chosen a different path by pushing his club's financial limits and more importantly throwing away his ideals. At this point, however, Wilson's and Wenger's idea of success separate completely.

First of all, Wilson's arguments presuppose that success is measured in terms of industrial football and the number of trophies should signal when it is time to change. This basis is wrong for two reasons. Firstly, the beauty of football is completely ignored and material outcomes are frustratingly emphasized. Secondly, the fact that UEFA standards are getting stricter every day and low-budget teams like Leicester City are playing for the top spots indicates that the new era of football will not require huge budgets.

Added to these, another problematic aspect in Wilson's argument is his observations about the media. It is obvious that most of the columnists and journalists have the same perception of success as in Wilson's argument, and Wenger is being challenged with this narrative almost every day. The reason why he is still in charge despite all the "unsuccessful" period is the silent consensus among fans that Wenger has been trying to build a revolutionary game. Deep down, most Arsenal fans know that Wenger is one of the few people who tries to revive the soul of this game.

However, rather than Arsene Wenger, Wilson should point his criticisms towards the clubs arbitrarily spent millions or on coaches like Jose Mourinho who benefit from fear-based football. If you consider the last 10 years of football, who gifted the game more beautiful moments and promising talents, Wenger or Mourinho? If we judged everyone according to their material success, there would have been no reform or revolution and given his mission's difficulty, it is absolutely normal that it took so long for Wenger to achieve success.
RELATED TOPICS