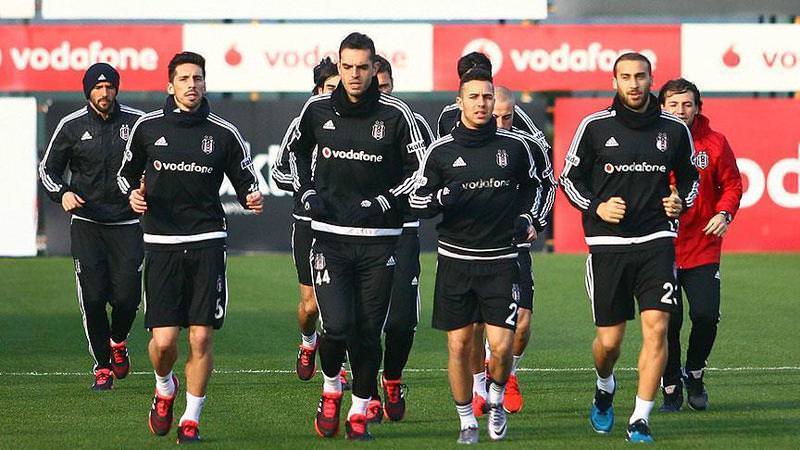 by Daily Sabah with AA Feb 19, 2016 12:00 am
Turkish Spor Toto Super Lig title contenders Beşiktaş are looking for leaders Fenerbahçe's to slip this weekend. In second place with 48 points, Beşiktaş needs a victory against Ankara-based Gençlerbirliği on Monday to stay in the title race. Gençlerbirliği have been having an excellent run in the league, winning their last four matches.

Beşiktaş center-back Rhodolfo sustained a major ligament injury in his knee, keeping him out until early July. The match at Başakşehir Fatih Terim Stadium will begin at 8 p.m. local time [1800GMT]. Beşiktaş have one match remaining in the league, as their fixture against Trabzonspor has been postponed -- due to heavy snow -- until mid-March.

League leaders Fenerbahçe will play away at Bursaspor on Saturday. Having collected 49 points in the league so far, Fenerbahçe have no thought of handing the lead to Beşiktaş. The match in Bursa will kick off at 7 p.m. [1700 GMT].

One of the Big Three in Turkey, Galatasaray wants to end its poor run in the league by beating Trabzonspor on Sunday. Galatasaray has been craving a victory in the league for three weeks, as the Lions last won a league match on Jan. 16 against Medicana Sivasspor at home. After that match, Galatasaray suffered two losses and a draw. The Istanbul club may lack its regular on defense, Semih Kaya, in this match, as the 24-year-old Turkish center back is suspended. Galatasaray's Turkish winger Yasin Öztekin is suspended as well. Sinan Gümüş sustained a major thigh injury, so he will not play against Trabzonspor. Galatasaray are in fifth place with 34 points. Trabzonspor are eighth with 27 points. On Thursday, Galatasaray was held to a 1-1 draw against Lazio at the Türk Telekom Arena in the Europa League Round of 32 first-leg tie. The Lions took an early lead from the most unlikely of goal scorers. Sabri Sarıoğlu scored his first European goal since 2009 to put Galatasaray ahead at 13 minutes.

However, the lead was short lived as Lazio made the most of some sloppy Galatasaray defending to score from a set piece. After a lively start, the game became stifled with both sides playing at a low tempo seemingly content with the draw.