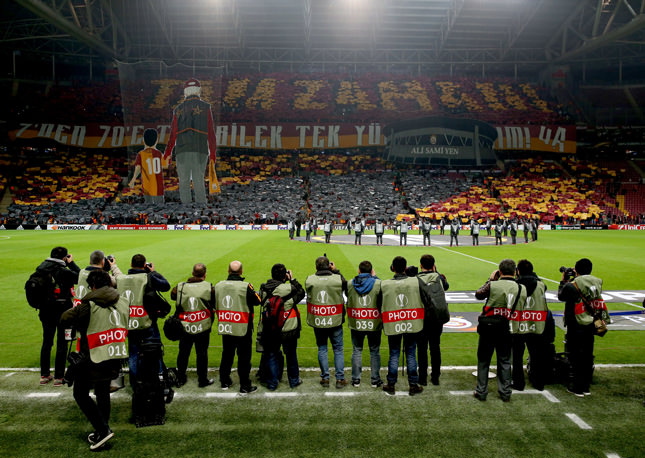 The Istanbul-based club has returned after five plus years, hosting Italian team Lazio in Europa League Round of 32 at home late Thursday

Sabri Sarıoğlu scored for Galatasaray at the 12th minute and just nine minutes after Lazio replied with Savic's goal for the Italian side.

The first leg of the match, in Galatasaray's home ground Turk Telekom Arena, was refereed by Michael Oliver from the English Football Association.

Having last played a Europa League match in August 2010, Galatasaray won the UEFA Cup on May 17, 2000, which is still considered as one of the greatest achievement of Turkish football. The Lions had lifted the trophy by eliminating London giants Arsenal on penalties in Copenhagen.