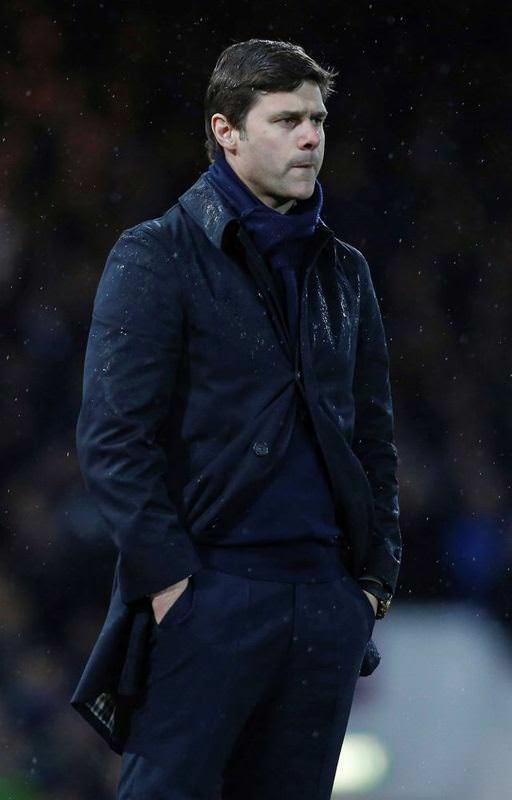 by Arda Alan Işık Mar 05, 2016 12:00 am
"Anxiety stalks Spurs for the first time as side stutter at West Ham" wrote Barney Ronay from the Guardian, emphasizing the pressure Tottenham Hotspur felt trying to grab top spot and their poor handling of the situation. Spurs have enjoyed the fact that the spotlight has been on Leicester City and Arsenal for many weeks, and they were able to gather six consecutive wins, propelling them outside of their comfort zone. Thus, as a young and relatively inexperienced team, coach Mauricio Pochettino should make his team understand that the only obstacle between them and the championship is their fragile momentum, as we saw against West Ham United.

However, just like Leicester City, Tottenham also illustrate how a humble squad can achieve great success by implementing the simple truths of football. Johan Cruyff was right, football is indeed a very simple game and it is extremely hard to play it simply, but when you watch Spurs, they sometimes do they seem to be able to produce anything by simply playing the right tempo. To create such fluid offensive attacks, Pochettino makes sure that none of his players dribble the ball more than two seconds, or spoil the momentum by ignoring the ongoing structure. Rather than that, Tottenham utilize the obvious fact that circulating the ball always results in more men and more time around the opponent's penalty box.

In order to establish such offensive domination and push the opponent into their half, Pochettino positions his defense close to the center of the field. Even though sometimes defenders tend to cover the back and create a dangerous gap between midfield and defense, so far Tottenham defenders have been brave enough to give a chance to their coach's strategy. Therefore, Spurs already found the fountain of youth that will regenerate offensive waves one after another.

The other crucial point that would make them a real competitor for the top is that Pochettino's team can speed up around the opponent's penalty box without losing control. The fatal flaw of the offensively oriented teams is usually going into top gear when the game is not ready to carry such speed. Nonetheless, Spurs' forward players can circulate the ball with great speed and precision, which makes them particularly dangerous against defensively oriented teams.

On the other hand, as we see in Arsenal's case, when fatigue and demoralization takes place, Tottenham are very vulnerable to sneaky counter-attacks. West Ham United, who are coached by Slaven Bilic, have been utilizing this weakness in offensive teams throughout the season and still, without accepting Bilic's way and exchanging fire from safe bunkers, there seems no good answer to these kind of counter-attacks.

However, the most elegant and effective way for Tottenham to both eliminate Arsenal's domination this weekend and surpass the enhanced counter-attacking styles such as Leicester's for the rest of the season would be eradicating the traditional gap between offensive and defensive players. What I mean by this is that the two main duties of the game must be shared equally by the whole team. The only way to beat both of these completely different traditions is to balance the pros and cons of them, which Tottenham are close to doing right now.
RELATED TOPICS