UEFA presidential election could be before Euro 2016 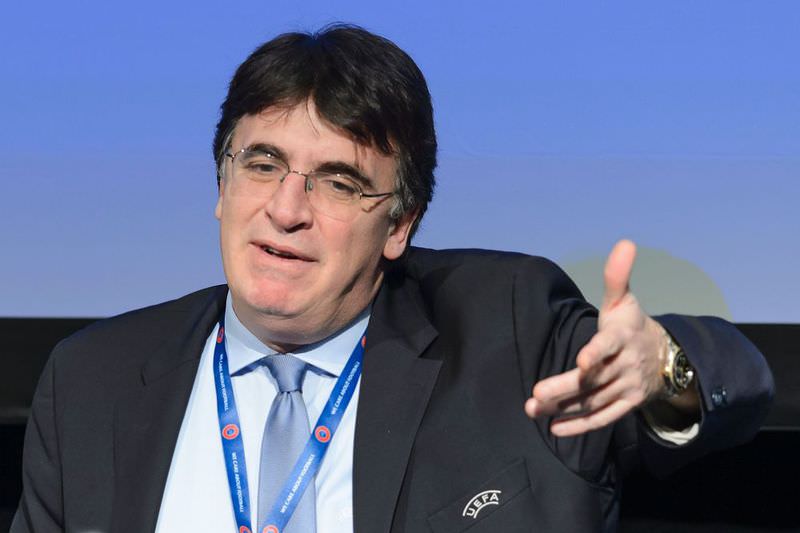 by Compiled from Wire Services Mar 05, 2016 12:00 am
UEFA on Friday named Theodore Theodoridis as interim general secretary. The European football body could hold its presidential election to replace Michel Platini before Euro 2016 if the Frenchman's appeal against his six-year ban is decided by the Court of Arbitration for Sport (CAS) in time, officials said on Friday. Platini was banned by FIFA's ethics committee in December and this week took his case to CAS, sport's highest tribunal. UEFA has said it will not hold a presidential election until the appeal process has been exhausted.

"Whenever there is a (CAS) decision, we can hold immediately a meeting of the executive committee meeting and go through an accelerated process for an election," acting general secretary Theodore Theodoridis told reporters. UEFA's legal director Alasdair Bell said it was no longer necessary for candidates to register three months before the election.

Newly-elected Greek administrator Theodoridis moves up from deputy secretary general in place of Gianni Infantino who was elected as president of world body FIFA on Friday. But with world football stuck in a corruption turmoil, Theodoridis cannot take over the key post at the most powerful continental confederation until Platini's future is decided. Meanwhile, UEFA will introduce goal-line technology to its competitions in time for this season's Champions League and Europa League finals. UEFA will also hold a vote on May 3 on whether to let Kosovo become a member, a spokesman said on Friday.
RELATED TOPICS