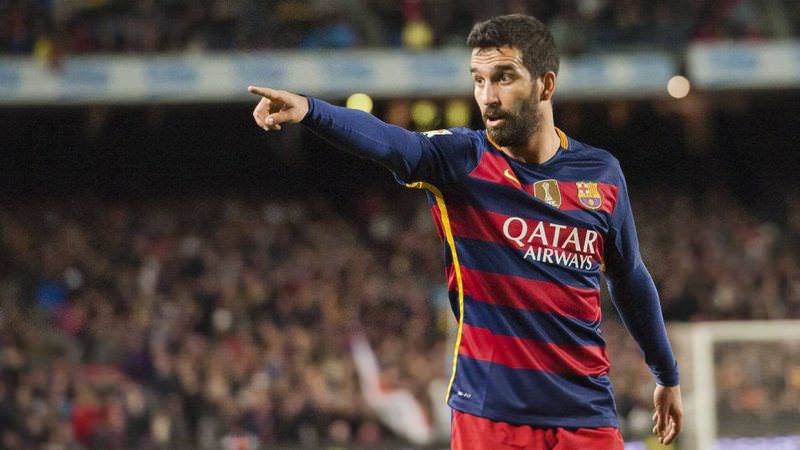 Barcelona's Turkish midfielder Arda Turan said he wanted to be Galatasaray president in the future and revealed how he refused an attractive offer from archrivals Fenerbahçe's in the past. Speaking to journalists after the match between Barcelona and Getafe, Turan said, "I'm continuing to learn at Barcelona. I work hard. I look at those around me and what they are doing. We are all from the suburbs which is why none of us has an inflated ego." Turan stressed that Lionel Messi was the best footballer in history and said Andres Iniesta is his idol and teacher.

Emphasizing that he wanted to play at Barcelona until he was 33 years old, he also said that he would have "lost his dignity" if he signed for Fener. When asked "Will you play for Fenerbahçe?" he said there was a conversation between him and Fenerbahçe President Aziz Yıldırım. "When I was being paid 2.2 million euros at Galatasaray, Yıldırım phoned me many times. He offered me 7 million euros a year. If I hadn't refused that offer, I would have lost all my dignity. My love for Galatasaray can't be measured with money. However I have a little sympathy against Beşiktaş (the other archrivals of Galatasaray). Beşiktaş is my rising sign"

Turan confirmed the rumors that Galatasaray wanted to take him on loan from Barcelona ahead of the season because he could not play due to Barca's transfer ban. He said, "I did not accept to be loaned to Galatasaray in order to show my respect to Barcelona. Their offer was also bad and funny. However I love Galatasaray despite everything." He also explained that his aim was to become Galatasaray president or Turkish Football Federation president after he quits football. "I want to administer Turkish football. I want nobody to suffer from the problems that I suffered. I will make English education compulsory for junior players so that they will not suffer for communication when they go to foreign clubs."