Bayern come back from the brink to beat Juve, Barca cruise in CL 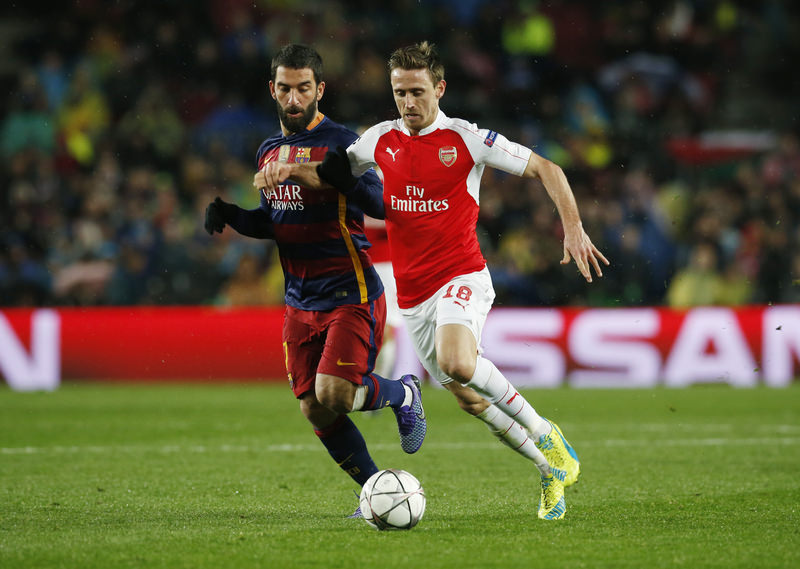 Bayern Munich reached the Champions League quarter-finals with a sensational 4-2 extra-time comeback win over Juventus Wednesday having teetered on the brink of elimination.

Thiago and Kingsley Coman, on loan in Munich from Juve, struck in the second extra period to win the tie 6-4 on aggregate for Bayern, who had needed an injury time goal from Thomas Mueller to avoid defeat in 90 minutes. Paul Pogba and Juan Cuadrado had put Juve two goals to the good at the break before Robert Lewandowski's 73rd minute header started to turn the tide.

Holders Barcelona defeated Arsenal 3-1 in the other game to progress 5-1 on aggregate and continue their bid to become the first side to retain the modern Champions League.

Coach Pep Guardiola had seen his side stumble in the semi-finals on his two previous Champions League attempts with Bayern and a third failure, coming at the first knock-out round, would likely have defined his time in Munich.

It went wrong in just six minutes as David Alaba was caught the wrong side of Stephan Lichtsteiner and though Manuel Neuer rushed out to save his shot, the rebound fell to give Pogba a tap-in.

Just before the half hour Juve, beaten finalists in 2015, doubled their lead when Alaba lost the ball in attack and Alvaro Morata raced fully 80 yards, drawing five opponents, before squaring for Cuadrado. The Colombian international stepped inside the retreating Alaba and finished high past Neuer.

Between the goals Juve had another strike wrongly disallowed for offside and Neuer denied Cuadrado from point-blank range on the stroke of half-time as Bayern threatened to disintegrate.

Lewandowski headed home from Douglas Costa's cross to hand Bayern a lifeline and when Coman swung over another ball from the right in injury time, Mueller guided in his own 91st minute header and the hosts had an unlikely, and scarcely deserved, equalizer.

"Football results depend on chances," Juve captain Gianluigi Buffon said. "They attacked a lot in the second half and they took advantage of their chances.

"It's always a pity to concede a goal in the last minute of a game, but I'm proud of my team. This is a defeat that should make us understand that we are better than last season."

The tie still had to be won and a one-two with Mueller set up Thiago to finish low from the penalty spot in 108 minutes. Just over 60 seconds later Coman found the top corner on the break and with Neuer solid in the remaining time, Bayern had completed an unlikely escape.

"In extra-time we have shown that we're capable of playing football," Neuer said, while captain Philipp Lahm told broadcaster ZDF: "It was an unbelievable evening. Maybe such a game brings everyone even more together. The fans pushed us on incredibly."

Barcelona started brightly against Arsenal and visiting keeper David Ospina made a great save from Messi before Suarez set up Neymar to open the scoring in the 18th minute.

But Arsenal, down by three goals, refused to go quietly and Mohamed Elneny curled home a superb equalizer from the edge of the box six minutes into the second period.

"We had our chances, but we couldn't take them," Arsenal manager Arsene Wenger said. "But we have to say well done to Barcelona. They have two or three players who transfer normal life into art."

Arsenal had continued to press but Suarez volleyed home against the run of play in the 65th and Messi added a late third to secure progress for Barcelona, who have now eliminated the Londoners three times in seven seasons.

"We needed to control the game when it was 2-1 because we knew about their physical condition and because they had the result going against them, we knew they were going to go and take the game to us," Suarez said.

"In the end we proved we are strong here and made home advantage count."