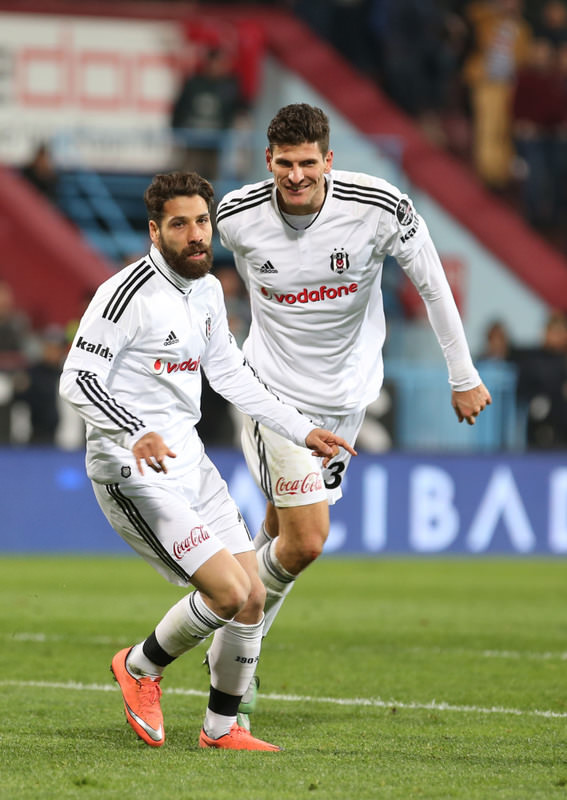 Turkish powerhouse Beşiktaş cruised past Trabzonspor 2-0 in an away match played in the Trabzon Avni Aker Stadium on Tuesday, reclaiming the top spot from archrivals Fenerbahçe.

The match between Beşiktaş and Trabzonspor was originally planned to be played in late January but it was postponed due to heavy snowfall, hence why Fenerbahçe have been in top spot since. Beşiktaş recaptured the throne thanks to Mario Gomez and Olcay Şahan's goals in the 76th and 86th minutes. The match not only heralded Beşiktaş's leadership but it also gave Gomez the chance to break the record for most goals scored by a foreign player. The German striker, who has scored 19 goals this season, has become the top scoring foreign footballer in Beşiktaş's history.

The record was set by former strikers Demba Ba and Pascal Nouma, scoring 18 goals each in a season. However, Gomez has a good chance to further improve the record because Beşiktaş still have to play nine matches in the Spor Toto Super league. Former record-holder Nouma tweeted jokingly "Congratulations Mario but my son will break your record," attaching his son's picture.