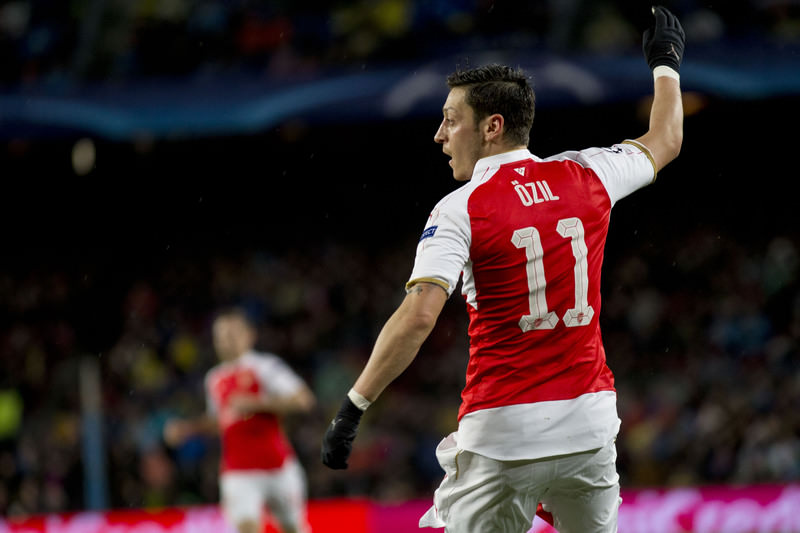 Turkish-origin German footballer Mesut Özil has reportedly held talks with Turkish giant Fenerbahçe over a potential transfer in the next few years.

According to a report published on Hürriyet daily, the Arsenal midfielder was in Istanbul in December to discuss a future transfer that might happen in the next three years with the Fenerbahçe administration.

Özil previously expressed his desire to play for the Istanbul team in an interview he gave to Sabah newspaper last July. "In the future I want to wear a Fenerbahçe shirt. It would be an honor. Everyone knows I am a Fenerbahçe fan," the Arsenal star had said.

Özil still has two years left on his current £130,000-a-week with the North London team as he has become a key figure for Arsenal with 18 goals he scored in the Premier League.