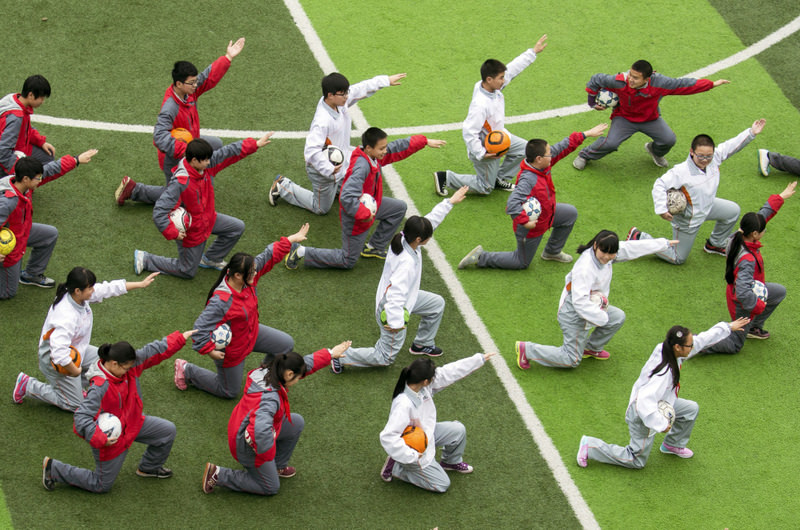 by Associated Press Apr 13, 2016 12:00 am
Seeking to close a glaring gap in its international sporting prowess, China has announced an ambitious football development plan that envisions 50 million players joining in the game by the end of the decade and the transformation of the country into a "first-rate major footballing power" by the middle of the century. To achieve those goals, China will put into service 70,000 football pitches, including those newly built and others refurbished, according to a lengthy document released late Monday by the Chinese Football Association.

The initiative especially targets long-neglected youth programs, with more than 30 million primary and secondary schools to play regularly, and the training of 10,000 coaches. It would also more than double the number of specialized academies to 20,000. The plan is to be rolled out in three stages, with the short term goals set for 2020, midterm for 2030 and long-term for 2050. No figures were given on how much the government plans to spend on the project. The aim, the document says, is to "strive to realize the goal of becoming a first-rate major footballing power, realize the all-around development of Chinese football, fulfill the football dream of the sons and daughters of China, and fulfill our obligations to world football."

Despite its success in other sports at the Olympics and other global competitions, China has been a perennial underperformer in international football. Its men's team has qualified for only one World Cup finals competition, in 2002, and is given poor odds of making it to Russia in 2018.
RELATED TOPICS