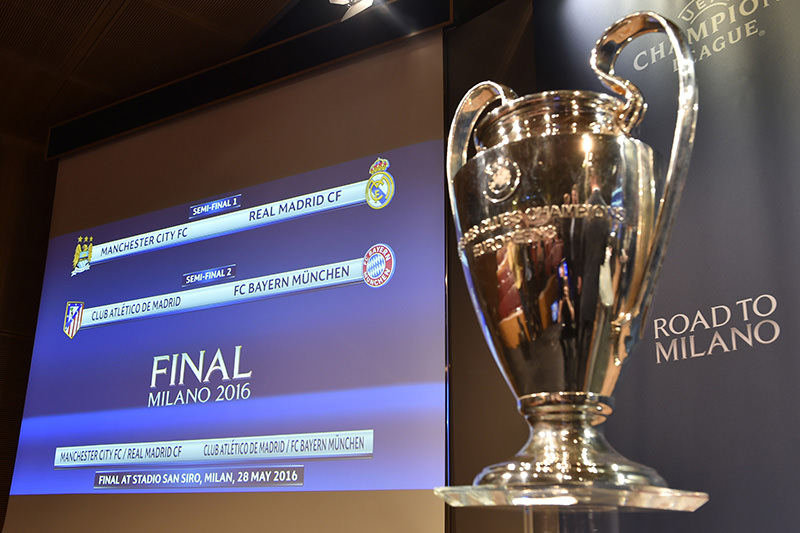 The semifinal matches for Europe's top football tiers UEFA Champions League and Europa League were determined Friday through a draw held in the UEFA headquarters in Nyon, Switzerland.

Bayern Munich will play against Atletico Madrid, who eliminated Barcelona in the quarterfinals and stunned the football world.

The semifinal matches will be played on April 28 and May 5. The winners of the semifinals will meet in the final to be held at St. Jakob-Park in Basel, Switzerland on May 18.