Once bankrupt, Adanaspor promoted to Turkish Super League after 12 years 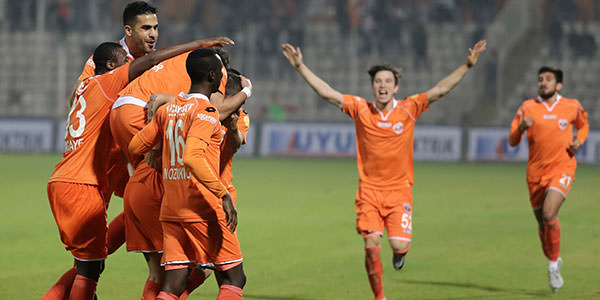 Bayram Akgül, a fan of Mediterranean football club Adanaspor and a prominent businessman purchased the club he loved back in 2006. Bankrupt and in the third league at the time of the purchase, the club has now been promoted to the Super League after 12 years of struggle thanks to the efforts of its new owner and its president.

Adanaspor beat Gaziantep Büyükşehir Belediyespor 3-2 on Sunday, which gave it the championship title in the Turkish First League (PTT 1. Lig under the sponsorship agreement), which is the second level of the Turkish football league system. Having been crowned champions, the team will now be able to participate in the Turkish Super League in the 2016-2017 season.

The last time the team had participated in the Super League was in the 2003-2004 season. Afterwards, the team faced severe financial problems which led to its bankruptcy and its relegation to the third level in the system, the TFF Second League. After failing to take to the pitch in their first match in the second league because of their worsening financial status, the Turkish Football Federation relegated the club to the third league. Then came Akgül, who would later save the club from the deepening crisis and take it to the highest league in Turkish football. Under his presidency, the club rapidly rose from the third league to the PTT 1. Lig in just two years. Having struggled 8 years in the league, Adanaspor has finally advanced to the Super League.