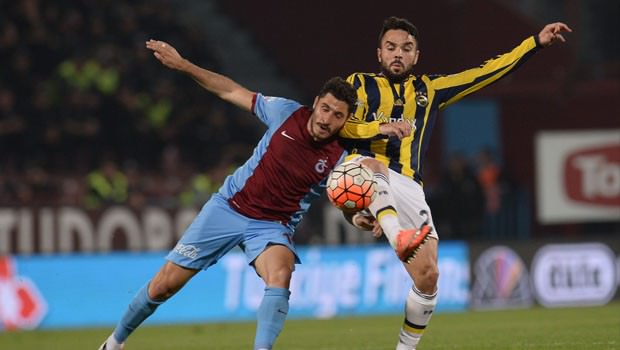 The Turkish Super League match between Istanbul giants Fenerbahçe and long-standing rivals Trabzonspor on Sunday was abandoned in the 89th minute after Trabzonspor fans stormed on to the pitch and attacked an official.

Fenerbahçe, who are second in the standings, were leading 4-0 after goals by Alper Potuk, Volkan Şen, Nani and Robin van Persie.

After Trabzonspor supporters ran on to the pitch, one of them tackled an assistant referee and kicked and punched him until security intervened.

"Trabzonspor fans stormed the pitch and attacked the referee... The game will be ruled 4-0 in favour of Fenerbahçe," Fenerbahçe said on Twitter.

"As fans got on the pitch and beat up the assistant referee, the other referees went to the dressing room."