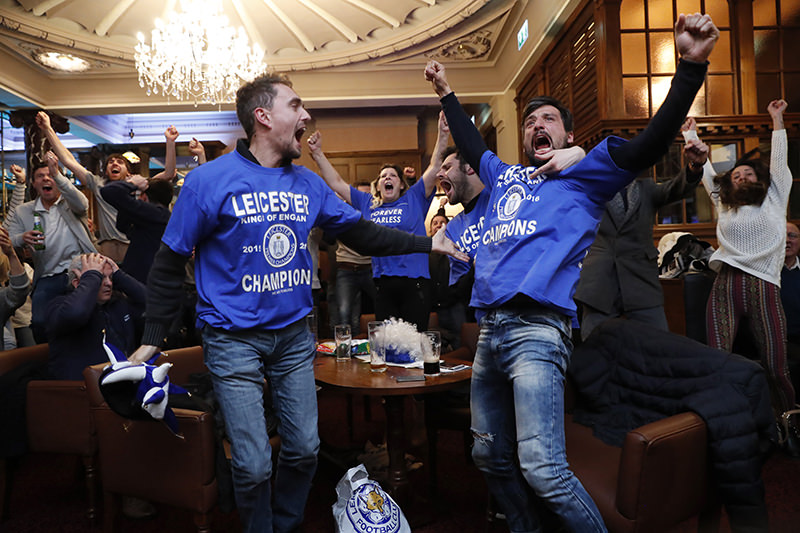 Leicester was playing in the second tier only two years ago, came close to be relegated again last year and started this season as 5,000-1 outsiders for the title.

Now for the first time in their 132-year history Leicester is champion of England after establishing an insurmountable seven-point lead over Tottenham with two games remaining.

The Foxes missed a chance to seal the title on Sunday when they were held by Manchester United but deposed champion Chelsea ensured the party wasn't delayed any longer.

Tottenham had to win at Chelsea to keep its bid for a first title since 1961 alive and led 2-0 before Chelsea rallied.