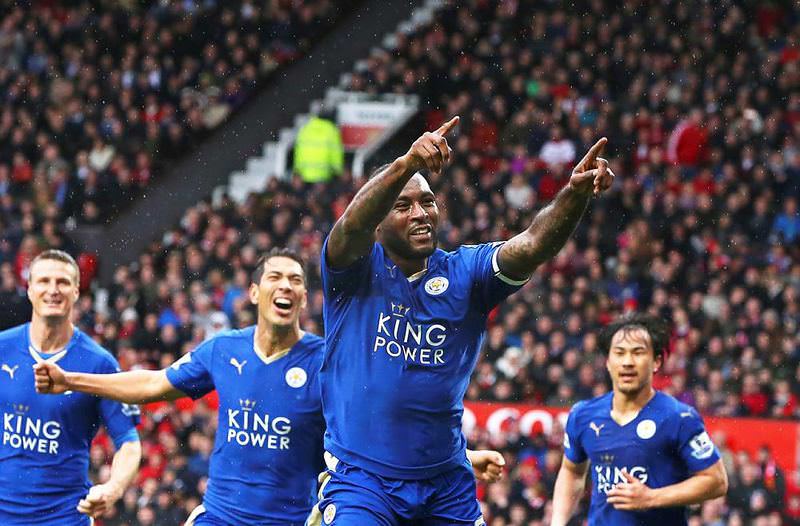 Leicester City's triumph after starting the season as 5,000-1 outsiders to win the Premier League title echoed around the world. In Turkey, Trabzonspor had a similar miracle, winning the title in 1975 in the Black Sea club's inaugural year in the top league

Leicester pulled off arguably the biggest upset in sports history on Monday by winning the Premier League title. Tottenham's 2-2 draw with Chelsea completed a miracle run in which 5,000-1 long shots captured the first top-tier championship in the club's 132-year history. However, once upon a time, a Black Sea football team performed a similar miracle in Turkey which did not echo around the world but caused a great surprise in Turkey. Besides, Leicester may not repeat the same success in the future but Trabzonspor repeated the miracle five times in the following years. Formed in 1967 through a merger of several local clubs, Trabzonspor have won six top league championship titles. The club won their first Championship title in 1975, which was also their inaugural year in the top division. Trabzonspor won the championship title again during their second year in the league in 1976, finished runners-up in 1977 and won three championship titles in a row during the following years 1978, 1979, 1980. They got their last title in 1984 and have never enjoyed the same success since. 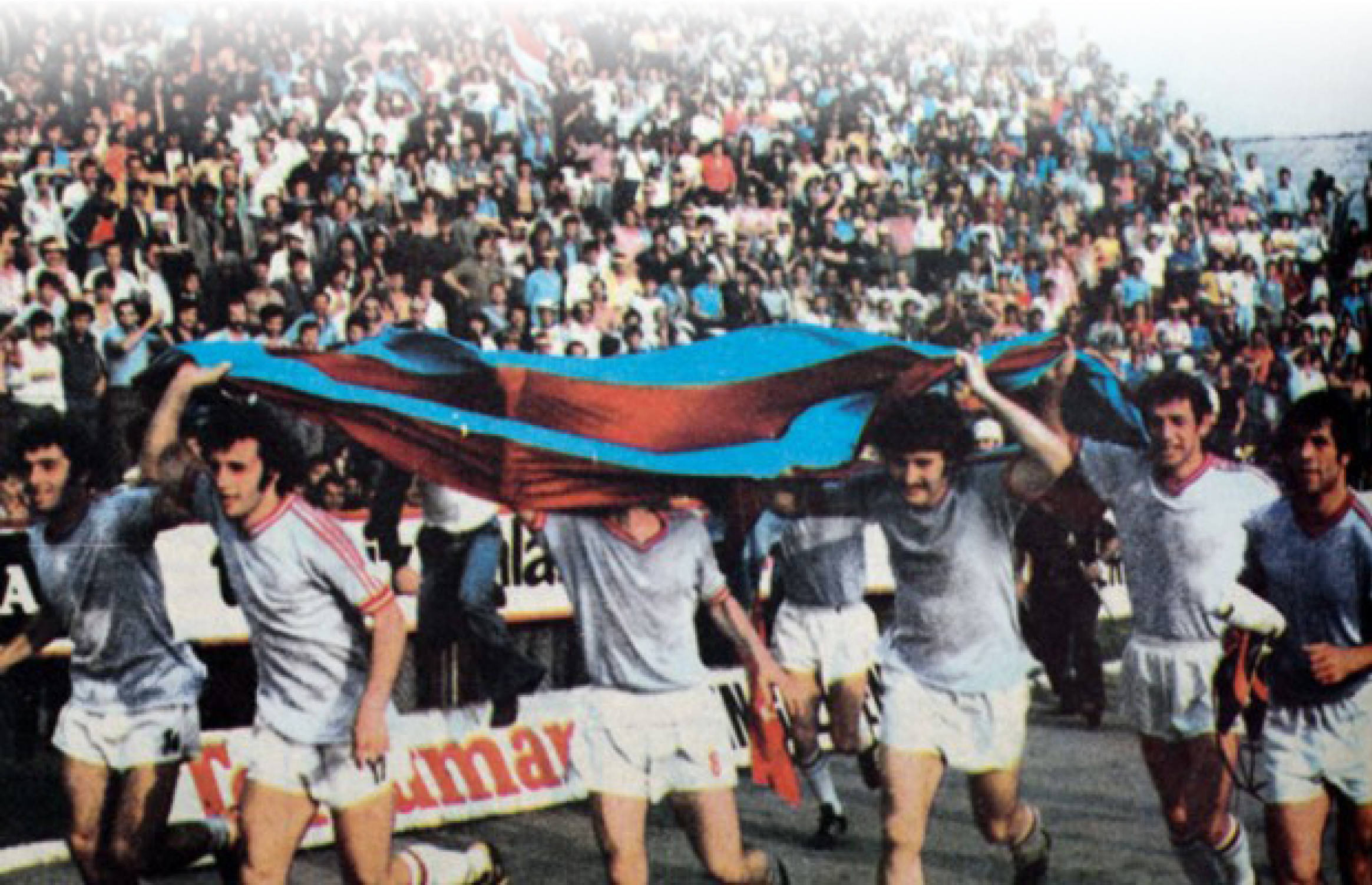 As for Leicester, thousands celebrated and millions around the world looked on in wonder as the team completed arguably the greatest fairytale in sporting history by becoming English Premier League champions.

Leicester's season of 22 wins out of 36 games and just three defeats means they become champions with two games to spare, with Arsenal, Manchester City, Manchester United and Liverpool all trailing at a distance. After fighting off relegation last year and being rated 5,000-1 for the title at the start of the season, Claudio Ranieri's Thai-owned side have now pulled off a shock rated by many as the biggest seen in sport.

The modest Midlands club are England's first new champions since Brian Clough's Nottingham Forest in 1978, and their surge in the world's most watched football league has won them admirers across the globe.

Dancing fans waving blue and white flags poured onto the streets of Leicester, while footage on Twitter showed the team celebrating wildly as they watched Monday's game at the home of talismanic striker Jamie Vardy.

The players can now look forward to another title party when they lift the trophy at their King Power Stadium following Saturday's home game with Everton.

"It's an unbelievable feeling. I've never known anything like it," said Vardy. "We were scrapping to stay in the league last season and on Saturday we'll be lifting the trophy.

"It's the biggest achievement in the history of a great club and we all feel privileged to be part of it."

With the Premier League a global sporting phenomenon, attracting billions of pounds in TV rights deals, Leicester's triumph has been followed worldwide. Leicester's previous best season in the English top flight was a second-place finish in 1929, and their last piece of silverware was the 2000 League Cup.

"I've never known a spirit like the one between these boys. We're like brothers," said captain Wes Morgan.

Britain's broadsheet and red-top tabloid newspapers turned blue in homage, while The Economist asserted: "There has never been a more improbable victory in any sport."

Former Leicester and England striker Gary Lineker, 55, called it "the biggest sporting shock of my lifetime."

"This year I got married and had a baby, but this tops it all," said jubilant fan Steve Robinson, 26. 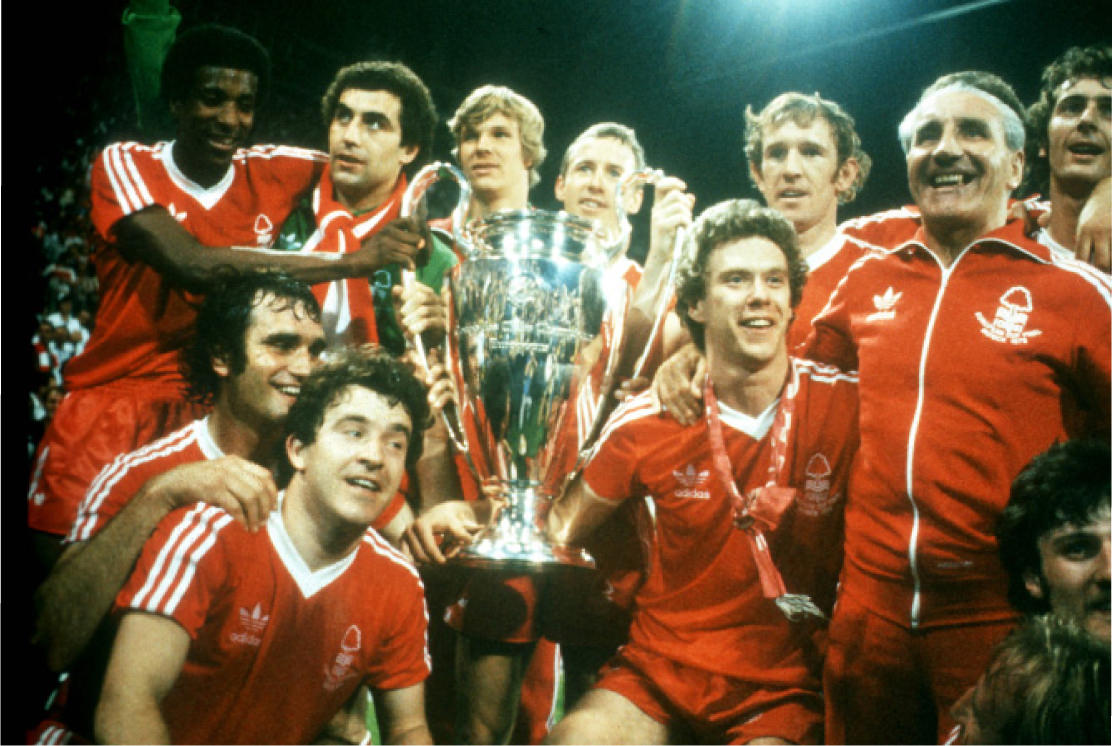 Brian Clough's Nottingham Forest got the title in 1978.

Brian Clough's miracle men would seem to be the closest predecessors to Leicester's title triumph. But where Leicester have billionaire Thai owners, Clough's Forest once held cheese and wine events to raise funds. Despite that, Clough led them to the Football League championship at the first time of asking with four games to spare, and then two consecutive European Cups, dethroning the all-conquering Liverpool side of Bob Paisley -- the Barcelona of their day -- in both competitions. Their record unbeaten run of 42 games (the equivalent of an entire season) stood until Arsenal's Invincibles in 2004.

Ali's refusal to be drafted for the Vietnam War had meant a three-year exile from boxing in what should have been his prime years. On his return he lost to Joe Frazier and Ken Norton, meaning nobody but Ali himself thought he could beat the fearsome George Foreman who had dismantled Norton and Frazier both inside two brutal rounds. But Ali's "rope-a-dope" tactics in the "Rumble in the Jungle" in Zaire saw him knock out an exhausted Foreman in the eighth round and win back the heavyweight title at the age of 32.

Given a week's notice to put a squad together when Yugoslavia were barred from the 1992 European Championships because of civil war, the Danes -- who had been runners-up to the Yugoslavs in qualifying -- were given little hope. A 0-0 draw against England and defeat to hosts Sweden did little to dispel the notion, but a 2-1 win over fancied France put them into the semi-finals and they squeaked past the Netherlands on penalties. The might of world champions Germany awaited in the final but Denmark rode their luck with goalkeeper Peter Schmeichel proving impregnable and goals from John Jensen and Kim Vilfort taking the team that had failed originally to qualify for the tournament to the most unlikely of victories.

When, in June 1985, a fresh-faced 17-year-old from Germany won the grass-court Grand Slam's traditional warm-up at Queen's Club in London, he was dubbed a "future Wimbledon champion" by the media. Little did they realise the prediction would come true only three weeks later. Unseeded, and with many of his early matches going largely unnoticed on outside courts, Becker battled to the final where he overcame Kevin Curren. The South African had conquered both Jimmy Connors and John McEnroe in earlier rounds but couldn't cope with the teenager's confidence and fearless approach as Becker won the first of his three titles at the All-England club 6-3, 6-7, 7-6, 6-4.

English jump racing jockey Bob Champion was diagnosed with testicular cancer in 1979 and given between six and eight months to live. But he opted to endure the then new and painful chemotherapy treatment and was remarkably back in the saddle just a year later. He had long believed that Aldaniti had the potential to win the "world's greatest steeplechase" over the gruelling four-and-a-half miles of Aintree's famous course, despite the horse being almost constantly being treated for a variety of injuries. Their partnership and victory in the 1981 Grand National was one of pure emotion and inspired the move "Champions" in which John Hurt starred as the jockey. Now 67, Champion continues to work tirelessly to raise money into cancer research.