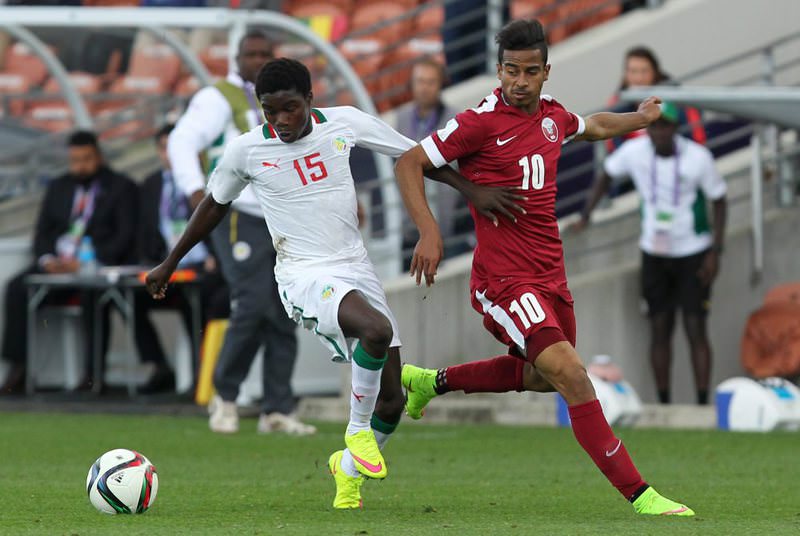 by May 09, 2016 12:00 am
A teenage forward is set to become the first player from Qatar ever to play in La Liga and possibly the Champions League after being signed by Spanish club Villarreal.The transfer of Akram Afif was confirmed on Twitter by his parent club Al Sadd, the Doha team for which former Barcelona great Xavi Hernandez plays, late on Saturday evening.

"OFFICIAL: #AlSadd & @VillarrealCF have agreed on the transfer of Akram Afif to the Spanish club," read the tweet.

In a statement on its website, subsequently retweeted by Afif, Villarreal also confirmed that an agreement had been reached "in principle".

The 19-year-old, who was born in Doha, is no stranger to Spanish football having played for Villarreal and Sevilla's youth teams.

Since 2015, Afif has been playing for KAS Eupen, a Qatari-owned team in the Belgian second division. Eupen is owned by Qatar's renowned Aspire Academy, which has spent millions trying to develop young Qatari sports stars over the past decade. Afif is a product of Aspire.

Afif's transfer to arguably the strongest European league could be seen as a major coup for Aspire.

During the current season he scored six times in 16 appearances for Eupen, who subsequently have gained promotion to Belgium's top division.

Eupen director Christoph Henkel said in a statement posted on the club's website that he was sorry to see Afif leave but the club "wished him luck and success in his future career".

In the same statement Afif said Eupen had been a "beautiful episode" in his life.

A fast and technically proficient player, Afif made his debut for the Qatari national side last year during the country's record 15-0 trouncing of Bhutan in an AFC World Cup qualifier.

He is likely to feature in Qatar's make-or-break matches for the 2018 World Cup in Russia, with qualifiers taking place from later this year.

They will be placed in the tournament play-off round before the main group stage.

Several other young Qataris play in Europe, but it is thought that only one other Qatari has appeared in a major league.

Hussein Yasser made one appearance for English club Manchester City in the 2005/6 season.

Yasser was in his early 20s when he made his only appearance during a defeat on penalties to Doncaster Rovers in the League Cup.
RELATED TOPICS