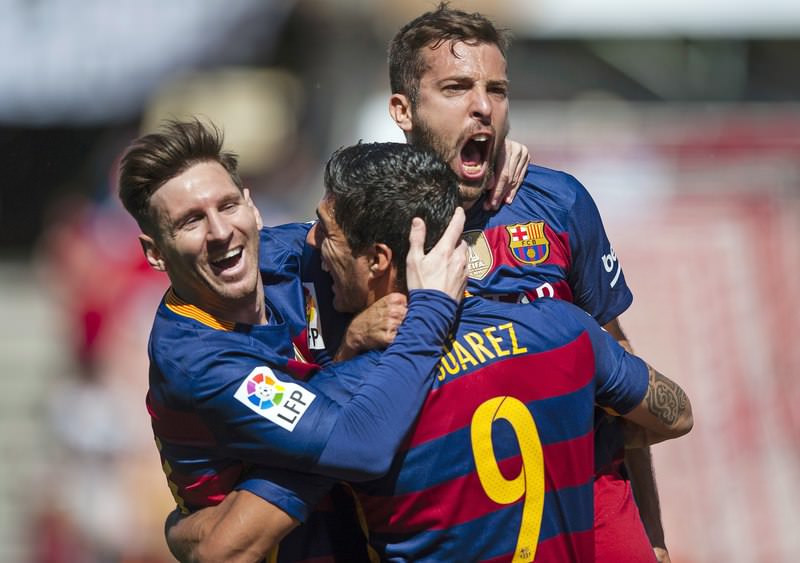 Barcelona sealed their 24th La Liga title as Luis Suarez took his tally for the season to 59 goals with a hat-trick in a 3-0 win at Granada to hold off Real Madrid's late-season surge.

Real registered their 12th consecutive La Liga win 2-0 at Deportivo la Coruna thanks to Cristiano Ronaldo's double, but finished a point behind their bitter rivals.

Suarez's treble also sees him become the first player in seven years other than Ronaldo and teammate Lionel Messi to win the Pichichi award for La Liga's top goalscorer with 40.