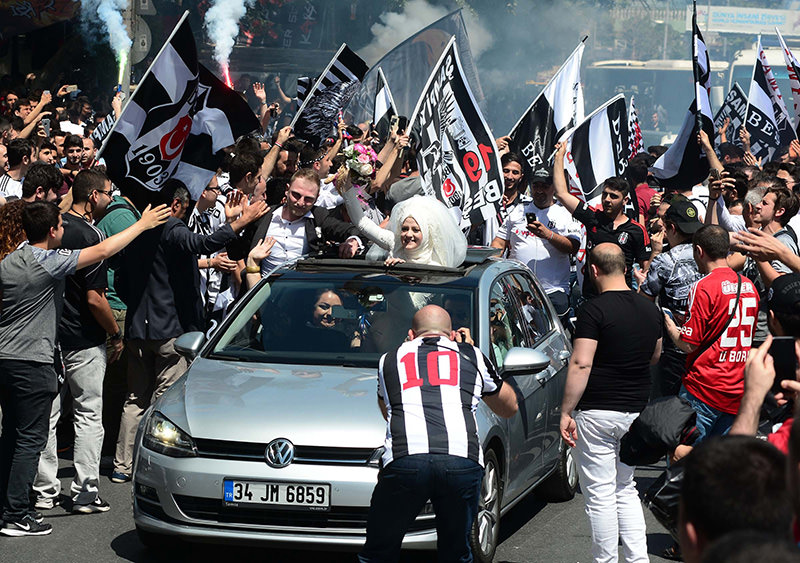 Fans of Beşiktaş football club are getting ready to celebrate their long-awaited championship ahead of the match against Ankara club Osmanlıspor on Sunday evening.

Only one point earned from the match would be enough for the Black Eagles to declare their championship, as they are six points ahead of the runners-up Fenerbahçe with only two games left to the end of the season.

Fans flocked to Istanbul's Beşiktaş district's Çarşı (Bazaar) area and the nearby Vodafone Arena ahead of the match, singing chants and lighting flares.

Many Beşiktaş fans also traveled to Istanbul to join the celebrations.

A giant screen was erected in Barbaros Square in central Beşiktaş to allow thousands of fans to watch the match outside the stadium.