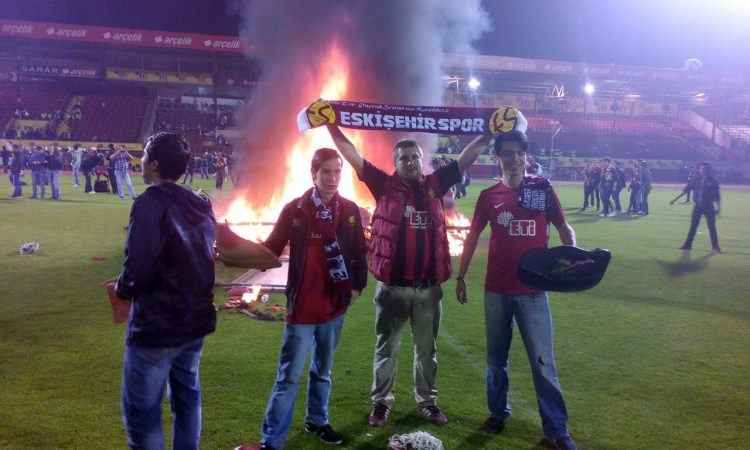 by Daily Sabah May 15, 2016 12:00 am
The fans of Turkish football club Eskişehirspor set own stadium on fire after losing to Medipol Başakşehir 2-1 in Saturday's Super League match in Turkey's central Eskişehir province.

The irate fans started the fire after the final whistle and threw the seats they ripped up onto the pitch.

Three people were taken to the hospital after suffering minor injuries as a result of fire.

The flames also spread to the stairs leading to the locker rooms while the emergency crew waited fans to empty the stadium to fight the blaze.

Photos from the incident also showed some fans on the pitch taken photos in front of the blaze and taking the seats with them while leaving the stadium. 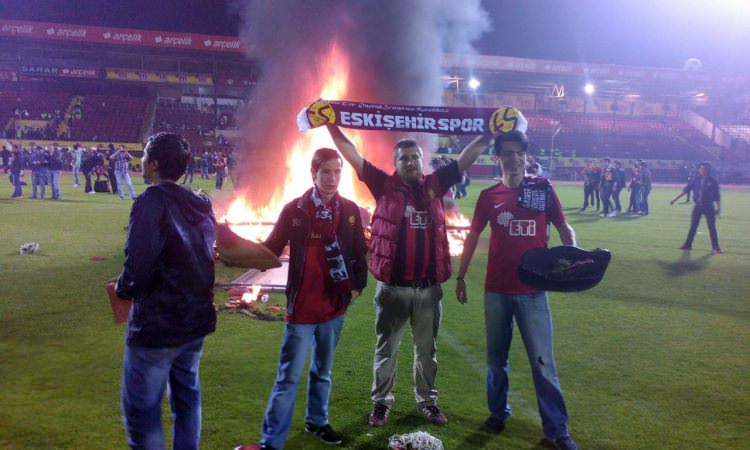