Eto'o dreams to play with Erdoğan 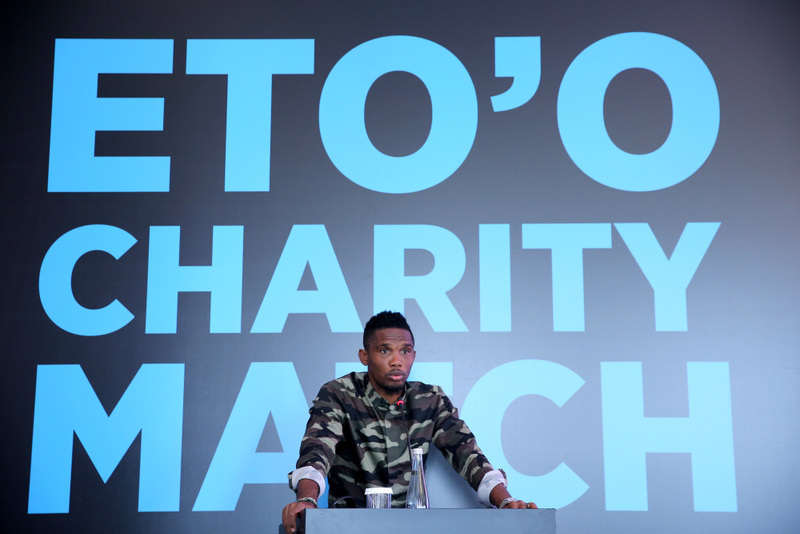 by Daily Sabah May 16, 2016 12:00 am
Turkey's Spor Toto Super League team Antalyaspor's world famous star Samuel Eto'o said he dreams of playing football with President Recep Tayyip Erdoğan who was also a former football player. On Saturday, Eto'o held a publicity meeting to promote the match in which world football stars will play against their Turkish counterparts in July.

At the meeting, he announced that 15 of world's most famous football players such as Neymar, Messi, Suarez will come to Antalya as part of the 10th Anniversary of his Samuel Eto'o Private Foundation. Cameroonian star has been playing for Antalyaspor since the start of the 2015-16 season. Antalyaspor President Gültekin Gencer said a game between two mixed teams comprising world stars and Turkey's football stars will play against each other in Antalya in the celebrations to be held between June 15 and June 17.

Eto'o said, "We will contribute to the promotion of Turkish tourism thanks to this organization. Our President Recep Tayyip Erdoğan and the other government officials have supported us. The event will be broadcast by four TV channels around the world. World football fans will watch stars such as Eden Hazard, Iniesta, Neymar, Messi, Suarez play in Antalya."
RELATED TOPICS