Turan gets a second taste of La Liga title 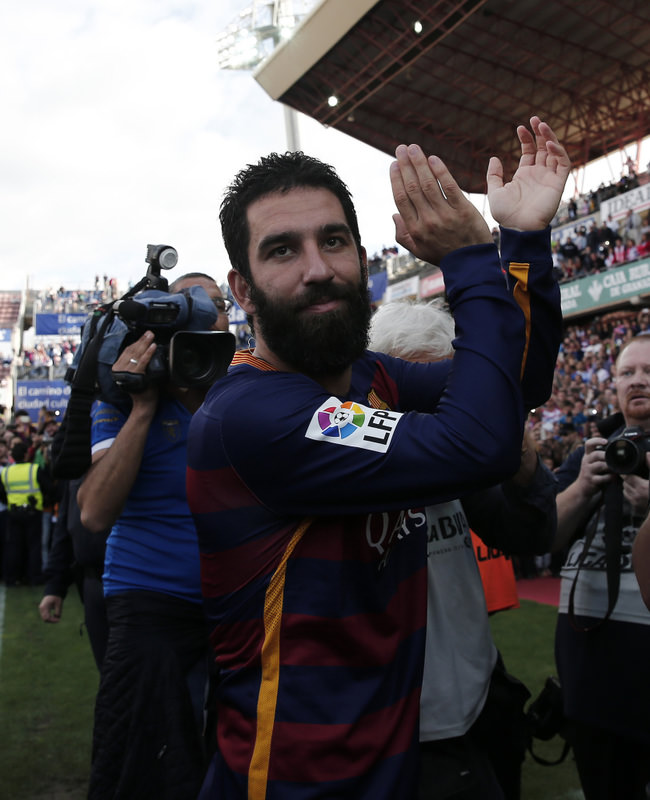 by Daily Sabah May 16, 2016 12:00 am
Barcelona retained the Spanish league after securing a 3-0 win over Granada earlier on Saturday. There were no late wobbles as a hat-trick from Luis Suarez ensured Barcelona wrapped up the title for the 24th time. Arda Turan once again started on the bench for the Catalan giants. The Turkish international came in at the 79th minute in place of Ivan Rakitic.

The former Atletico Madrid star was unable to play for the first six months of his Barcelona career due to a FIFA imposed transfer ban on the club. Turan has gone on to make just nine starts for the Catalan giant and has been linked with moves away from the club. For Arda Turan, this is his second taste of La Liga victory, having first won the title in 2014 while playing for Atletico Madrid.

Even Cristiano Ronaldo won only one title with Real Madrid. This win netted Barcelona's 24th La Liga title but the Catalans still have a long way to go to beat Real's haul of 32 league wins. Meanwhile, Real Madrid completed the league as runners-up on 90 points, beating Deportivo de La Coruna 2-0 in an away match. Real's Portuguese star, Cristiano Ronaldo, scored a brace. For Barcelona, Suarez became this season's top-scorer having found the net 40 times in the Catalans' 2016 campaign. He was followed by Ronaldo on 35 goals.
RELATED TOPICS