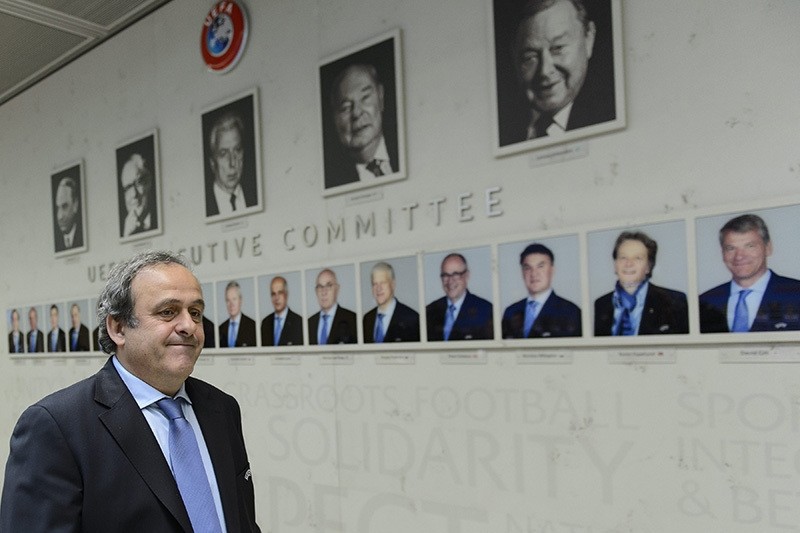 UEFA will elect a new president on Sept. 14, with former FIFA candidate Michael van Praag first to declare plans to replace Michel Platini in a contest likely to have several contenders.

The 67-year-old Van Praag was expected to seek the job after raising his profile in 2014 as a leading European critic of Sepp Blatter, and as a candidate against the then-FIFA president last year.

The former Ajax president, who withdrew from that FIFA contest ahead of the vote last May, has declined to speak with reporters in Basel this week on the sidelines of the Europa League final.

Other officials interested in the race include UEFA and FIFA vice president Angel Maria Villar of Spain and Slovenian federation president Aleksander Ceferin.

The new president will complete Platini's existing term, which runs through March 2019, and become a FIFA vice president.

The 55 national federations in UEFA will vote at an extraordinary congress in Athens, Greece, said Theodoridis, who acknowledged he might be a contender by the July 20 deadline.

"In my life I learned never to say never, but it is not my priority and there are plenty of people there," said the Greek official, who was promoted to the role of his former boss Gianni Infantino.

The UEFA race is expected to take shape during the June 10-July 10 European Championship in France.

Theodoridis said the UEFA ruling committee declined an option to call a post-Euro 2016 election in July, wanting to give entrants time to prepare a program.

"It is not always easy to have a proper (campaign), especially if you have a lot of candidates," he said.

UEFA has been without a president since Platini was suspended by the FIFA ethics committee in October for accepting a $2 million payment approved by Blatter in 2011. The Court of Arbitration for Sport imposed a reduced four-year ban on Platini this month.