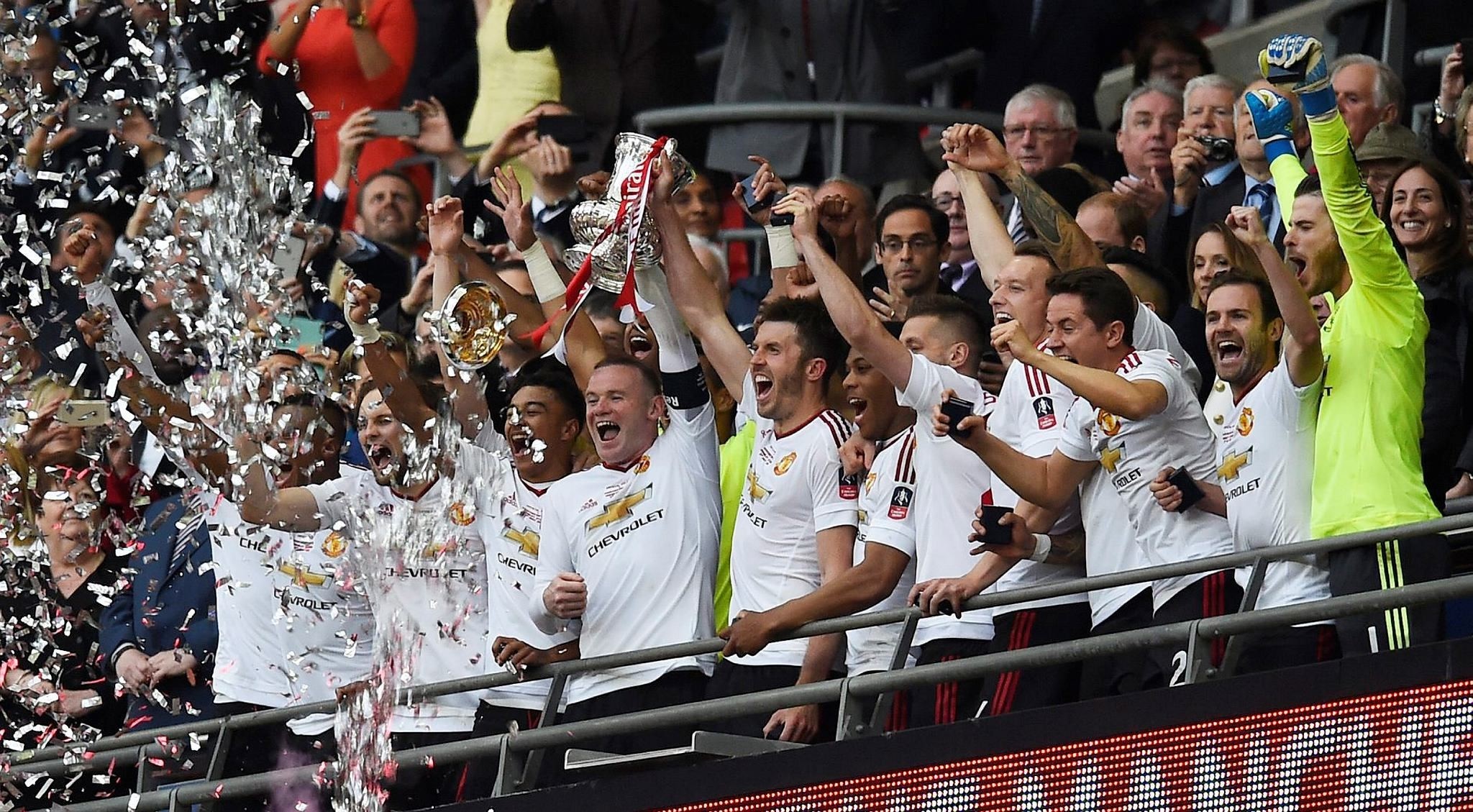 Ten-man Manchester United came back from a goal down to defeat Crystal Palace 2-1 and win the FA Cup on Saturday.

With Ferguson watching at Wembley Stadium, the club's record-equaling 12th FA Cup success comes at the end of a lackluster second season under Van Gaal.

The manager's United future has seemed precarious for most of the season and failure to qualify for the Champions League has only increased the uncertainty.

But United showed the fighting spirit often lacking under Van Gaal to win the cup. Juan Mata quickly canceled out Jason Puncheon's goal to force extra time. Despite having Chris Smalling sent off in the 105th minute, Jesse Lingard struck the winner in the 110th.