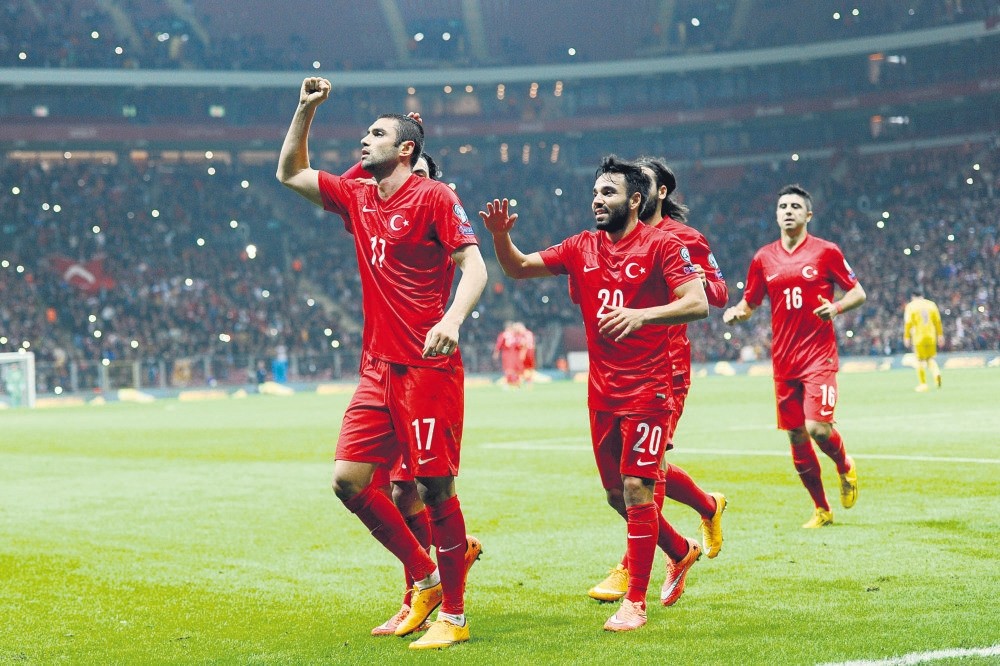 The national football team began their pre-Euro 2016 training camp. They will play their final friendly warm-up game against Slovenia on June 3 before continuing on to their new challenge in France. Arda Turan said they will make the nation proud

Turkey is gearing up for its first major tournament since reaching the semi-finals at Euro 2008, having failed to qualify for Euro 2012 and the last two World Cups. The Crescent-Stars will begin their pre-Euro 2016 camp tomorrow in Belek, Antalya. The Euro 2016 excitement had started with the warm-up match against Denmark on Sept. 3, 2014. Now, Turkey set sail for the football festival that will start on June 10 in France. The national team will stay in Antalya during most of their preparation camp. They will continue their preparations until June 3. They will play their second friendly match against Montenegro on May 29 in Antalya. Then, they will play their last friendly game against Slovenia in Ljubljana on June. After that match, they will go to France. Turkey will play their first match of Euro 2016 against Croatia on June 12, in the Parc de Princes stadium in Paris.

Arda Turan, who joined Barcelona this season after a glorious spell at Atletico Madrid, will be hungry for success after spending a frustrating time so far with the Catalan giants on the bench.Turan said the team will work hard to make the nation proud. After losing against England on Sunday, Turan said, "We were sad about losing that match but I think we put in a great performance. Our coach Fatih Terim said the same thing. It was an important warm-up match for us. "We proved that we could beat England if we take them on in the tournament. So we will do our best at Euro 2016."

On his career at Barcelona, he said, "My biggest dream is to lift the Champions League trophy. It was an interesting year for me. It was full of ups and downs. I could not play much in Barcelona. But what's important is to be a part of Barcelona. I think the future will be better."

Turkey coach Fatih Terim said he was expecting great things from his side despite being drawn in a challenging Group D. Eight players will be cut from the provisional 31-man squad on May 31, when the final line-up of 23 going to France will be announced. Terim has reshuffled the goalkeeping contingent with Volkan Babacan, who enjoyed a sparkling season with Başakşehir, the clear number one out of four keepers in line to go to France.
RELATED TOPICS