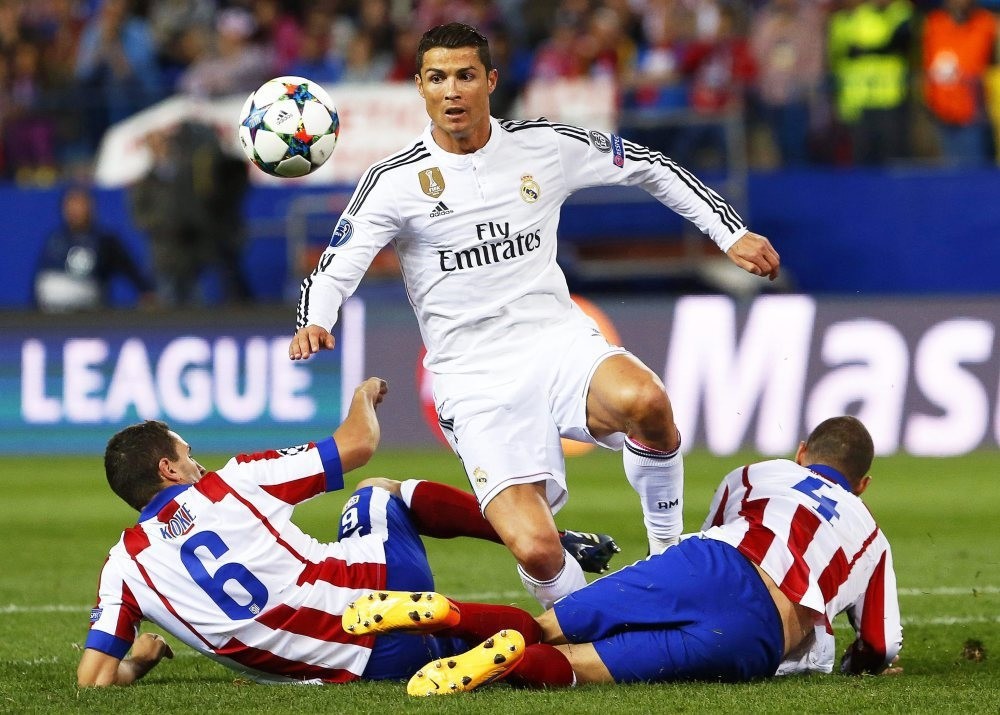 In the dying moments of Diego Simeone's second Madrid derby as Atletico Madrid coach, a banner was lowered behind the goal his side was defending to display a stinging message: "Wanted: A dignified rival for a decent derby."

Real Madrid's fans have since got far more than they bargained for as Simeone has transformed Atletico from a self-destructing shambles into a European powerhouse in the past four years.

On Saturday, Madrid's two heavyweights will face each other for a second time in three years in the Champions League final and the 18th occasion since that rainy night in October 2012 when the chasm between the clubs seemed insurmountable.

In the 17 encounters since, Atletico have won seven and lost just five, including just once in the 10 matches since their first Champions League final meeting in Lisbon two years ago.

Yet, that match continues to define the rivalry and Real and Atletico's relative standing in Europe.

The display by the Real Madrid ultras in 2012 had more truth to it than the usual chutzpah exchanged between rival fans. Atletico went 14 years and 25 matches without winning a derby between 1999 and 2013.

When they finally did win one, they did it in style, winning the Copa del Rey final at Real's own Santiago Bernabeu. A first league title in 18 years followed a week before the final in Lisbon in 2014.

Simeone's men were seconds away from a first ever Champions League in the Portuguese capital until Sergio Ramos's stoppage time equaliser sent the game into extra-time where Real were rampant to seal a 4-1 win and their 10th European Cup.

Despite all that Simeone has done to banish the demons of a club that once used to revel in their label as "El Pupas" - the jinxed ones - they felt cursed once more in the biggest match in the club's history. Real also burst Atletico's European bubble in a tightly contested quarter-final last season decided by another late Real goal scored by Javier Hernandez.

The Europa League, European Super Cup, Copa del Rey, La Liga and Spanish Super Cup have ensured a trophy in every one of his five seasons in charge.

"In life there is no revenge. There are new opportunities. And this is a new opportunity," Simeone said after Atletico booked their place in the final.

His discourse had been the same before the semi-final against Bayern Munich.

Atletico's only European Cup final prior to Lisbon ended in eerily similar fashion as Bayern struck in the final minute of extra-time in 1974 to force a replay, which the Germans romped 4-0.

Yet, the motto for the season at Atletico has been "don't stop believing" and their journey to the final hints that fate might finally be on their side.

Three times they were a missed penalty away from elimination against PSV Eindhoven in the last 16 before edging a marathon shootout 8-7.

Simeone's men faced Barcelona at the perfect time with the Spanish champions in the midst of a run of four defeats in five matches in April after a 39-game unbeaten run in the quarter-finals.

In the semis, Bayern's David Alaba rattled the woodwork at the Vicente Calderon, whilst Jan Oblak saved Thomas Mueller's penalty when Atletico looked close to down an out in the return leg.

"I always say the Champions League owes us one and possibly it is this one," said Atletico president Enrique Cerezo.

"It is the most important game I have played in my life," added Fernando Torres, having won a World Cup and two European Championships with Spain in the past.

For a boyhood Atletico fan like Torres, the prize of the club finally winning the Champions League and leaving Real in Atletico's shadow for once is doubly rewarding.
RELATED TOPICS