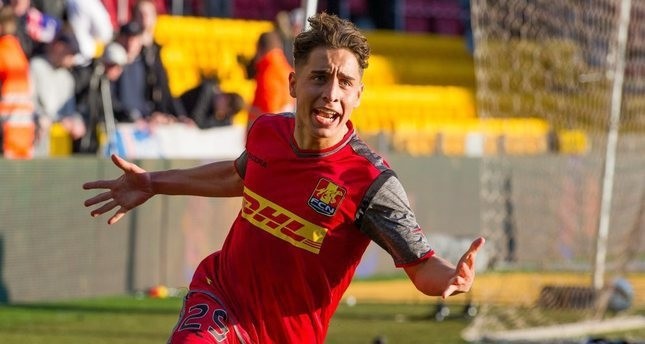 While Turkey have named 18-year-old midfielder Emre Mor to their Euro 2016 squad, a clutch of inexperienced but precocious players made the cut for some of the continent's biggest teams

Turkey announced their final 23-man squad for Euro 2016, with coach Fatih Terim mixing established stars like Arda Turan of Barcelona with promising young talent like Danish-born Emre Mor. Mor, who plays for Danish club Nordsjaelland, represented Denmark at youth level but Terim talked him into switching his allegiance. Turkish fans are hugely excited to see the talents of Mor who made his international debut for Turkey against Montenegro at the weekend. His quicksilver running impressed observers during the 1-0 win and Terim has praised him as an "out of the ordinary player". But Emre Mor will not be the only emerging talent. Lucas Vazquez has never played for Spain. Marcus Rashford is fresh from his England debut. Joshua Kimmich has only one Germany cap. They are all going to the European Championship next week. Tuesday was deadline day for the 23-man squads to be submitted to UEFA and a clutch of inexperienced but precocious players made the cut for some of the continent's biggest teams.

One of the biggest surprises was Vazquez making the Spain squad, fresh from scoring a penalty in Real Madrid's Champions League triumph on Saturday, at the expense of more established club teammate Francisco "Isco" Alarcon. Both are 24, but Vazquez only made his breakthrough last season and his international debut could come in France where Spain is chasing its third successive European title."It is a dream come true," Vazquez wrote on Twitter.

Veteran strikers Diego Costa and Fernando Torres had already been dropped by Vicente del Bosque. But Hector Bellerin, the 21-year-old Arsenal defender, is another Spaniard handed an unexpected late inclusion in a tournament squad for the first time after only making his international debut on Sunday. England has gambled with an even more precocious talent. Three months ago, the 18-year-old Rashford hadn't even played a senior game in professional football. But after his premature graduation from the Manchester United academy to plug an injury gap in the first-team squad, Rashford flourished. Eight goals and 17 appearances later, collecting an FA Cup winners' medal on the way, Rashford's case for inclusion in the Euro 2016 squad looked a lot less implausible. Rashford proved too good for Roy Hodgson to leave behind once he made his England debut on Friday - scoring inside three minutes against Australia. Now he is among five attacking options including United teammate Wayne Rooney, the 30-year-old England captain. Germany is also taking emerging talent in a bid to become world and European champions simultaneously.

Two midfielders - Kimmich of Bayern Munich and Julian Weigl of Dortmund - and Leverkusen goalkeeper Bernd Leno only made their debuts on Sunday in a loss to Slovakia. Yet, they made the final squad, along with Schalke midfielder Leroy Sane, who has only three Germany caps. Not featuring in qualifying has also proved no barrier to defender Nico Elvedi and midfielder Denis Zakaria, both 19 and heading to France with the Switzerland squad.The flashiest squad announcement on Tuesday was in Rome as Italy selected eight players with no tournament experience.

All 23 squad members arrived in blue Fiat Pandas and they were presented on stage. Southampton forward Graziano Pelle, a former champion dancer, was also forced into showing off his moves, partnered by a scantily-dressed female dancer.
RELATED TOPICS