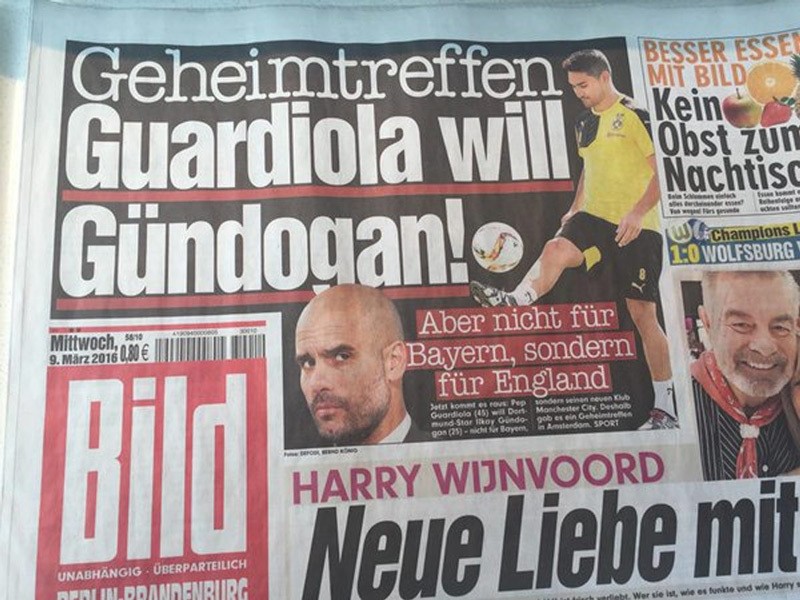 Manchester City confirmed the capture of midfielder Ilkay Gündoğan from Borussia Dortmund on Thursday with the German international signing a four-year deal with the Premier League club.

"I'm thrilled to have signed for Manchester City," Gündoğan said on the City homepage. "When I learned of City's interest my heart was set on coming here and things have moved very quickly."

The fee paid for the 25-year-old was not specified but it is reported to be around 20 million pounds (29 million dollars).

Gündoğan is currently recovering from a knee injury which ruled him out of the Germany squad for Euro 2016 which starts June 10 in France.

City finished fourth in the Premier League, on goal difference, and must survive a Champions League play-off to reach the group stage of the elite tournament.

Coach Pep Guardiola was recruited from Bayern Munich to replace Manuel Pellegrini and Gündoğan is his first major signing as new boss.

However, a dislocated knee suffered in Dortmund training in early May means that his City debut is likely to be delayed well beyond the start of the 2016-17 campaign.

In a statement on their website, Dortmund said details of the transfer would remain private.

"We would like to thank Ilkay Gündoğan for five extraordinary years in Dortmund," sporting director Michael Zorc said.

"BVB wishes him a speedy recovery and all the best for his future in Manchester."

Gündoğan said it had been a tough decision to leave Germany.

"After lengthy contemplation, I decided to leave this fantastic club to take up a new sporting challenge in a different country," he said.

"I will always feel a close bond to BVB and my many friends in Dortmund."