Copa America kicks off this weekend in US; Turkey's A Spor, A Haber to broadcast matches live 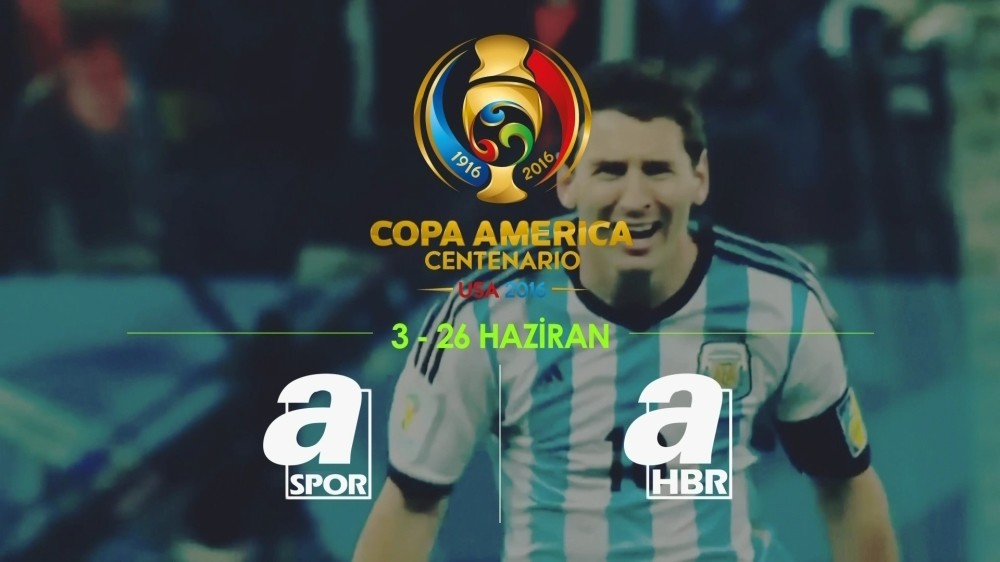 This special edition of the Copa America is the biggest in the tournament's history on every scale, from the number of teams participating to the extensive TV coverage around the world. The Copa America will be broadcast A Haber and A Spor

A star-studded celebration of the world's oldest international football tournament got under way in California on Friday, when the United States took on Colombia to open the Copa America Centenario. Sixteen teams from across the Americas have gathered in the United States for a one-off edition of the Copa America, which is being staged to mark the tournament's 100th anniversary.

Many marketing researchers in the U.S. are labeling Copa America Centenario as the biggest sports event in the U.S. since the1994 FIFA World Cup. While Euro 2016 will be played at the same time and will be broadcast by TRT, A Spor will broadcast the Copa America in Turkey.

Lionel Messi, Luis Suarez and James Rodriguez are among the stars due to be in action throughout the June 3-26 tournament.

Ten teams from South America are joined by six teams from the North America, Central America and Caribbean region (CONCACAF).

The tournament could potentially be a sneak preview of the 2026 World Cup, which U.S. officials have signaled they intend to mount a bid for as football in the United States steadily grows in popularity.

"It's a big event, and I think our goals will be met by the time the event is over in terms of attendance and interest. There's a lot of star power" Gulati said.

Most teams have chosen full-strength squads, although injuries and the proximity of the Olympics have deprived Brazil of several first-choice players including Barcelona superstar Neymar.

"Everyone has brought the best players who are available to them and they're taking it seriously. That's a plus," said Gulati.

That the tournament is taking place at all is something of a logistical triumph.

Although first announced in 2014, the fate of the event hung in the balance for much of 2015 after the arrest and indictment of several of the officials from South America and CONCACAF responsible for dreaming up the tournament.

Messi and Argentina will be aiming to win the country's first major title since the 1993 Copa America after a series of recent near-misses. Messi, who was late to join the Argentina squad after appearing at his tax fraud trial in Spain on Thursday, is a doubt for Argentina's opening game against Chile in Santa Clara next Monday. Panama and Bolivia complete Group D. The U.S. meanwhile aim to get off to a winning start against Colombia on Friday as they seek to navigate a difficult group which also includes Costa Rica and Paraguay."The expectations are that we want to grow as a soccer nation, we want to send strong signals out to South America, to Europe that we're learning," U.S. coach Jurgen Klinsmann said.

Five-time World Cup winners Brazil will be favored to emerge from Group B, where they face Ecuador, Haiti and Peru.

The Brazilians open against Ecuador at Pasadena's Rose Bowl on Saturday - scene of their victory at the 1994 World Cup final.

Mexico and Uruguay will be expected to progress from Group C, with Jamaica and Venezuela completing the field.
Last Update: Jun 04, 2016 1:21 pm
RELATED TOPICS