England seem to have little chance for the trophy, Portugal even less 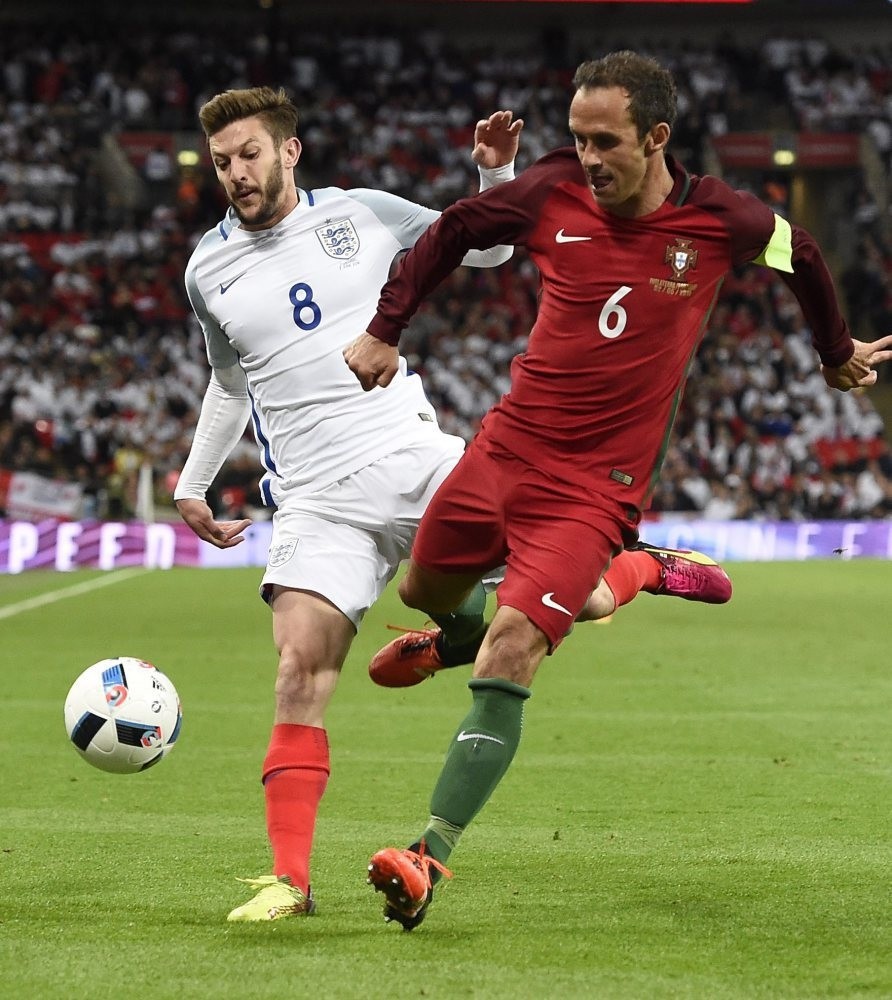 England's Adam Lallana (L) vies for the ball against Portugal's Ricardo Carvalho (R) during the friendly match England vs Portugal.
by Arda Alan Işık Jun 04, 2016 12:00 am
England's coach Roy Hodgson's strategy for the Euro 2016 is extremely simple, and can only be effective against teams that leave a lot of space and time for their opponent in their half. His team is composed of athletic players who are really hard to deal with when it comes to one on one chances, but the team lacks a true collective ethic that utilizes all this athleticism and energy. Portugal, on the other hand, lack some basic qualities that even England possess, like a compact approach in which defense and offense usually act together. Thus, both teams have almost no chance compared to Spain, Germany and France.

First of all, I expected much more than a simple but fast counter-attacking tactic from Roy Hodgson, and it is now obvious that I was too optimistic. Just like his career in the Premier League, Hodgson leaves the initiative to the opponent and his team becomes totally incapable of playing football when the opponent happens to be even more enthusiastic about leaving the initiative to England. Seeing as Portugal left England's defense free from a press and the ball possession was always in favor of England, we had the opportunity to assess Hodgson's creative power to facilitate his team's collective work. Nevertheless, throughout the 90 minutes, the only thing we observed was an unconscious England making desperate vertical passes around the midfield, occasionally punctuated by some shining chaotic moments.

What this data reveals is that England will not only have problems with the teams who are willing to play more defensively, but dominant teams like Spain and Germany will always have the upper hand given their organizational superiority. If Hodgson had the shock-press option in his pocket, it could work against dominant opponents, but England also lack the main principle of counterattacking, which is instantly pressing the opponent's defense in order to push them into a lethal mistake. Rather than a team characteristic of a certain football philosophy, Hodgson's team seems like a combination of some features from possession football and classic counter attacking.

But Portugal is in bigger trouble than England, they agonized in the absence of Cristiano Ronaldo and the team clearly has no certain plan to score. England at least have some basics of different philosophies, but Portugal are truly at the bottom of all the cumulative knowledge of football history. Just imagine, a team full of impressive individual talents both offensively and defensively playing against an equally powerful group of individual players and watch them play for 90 minutes without creating anything noteworthy. There was absolutely no strategy or tactic in the Portuguese players' or coach Fernando Santos' mind to score or contain England.

Therefore, England's only chance would be implementing shock-presses like Jurgen Klopp's Dortmund or Jose Mourinho's Real Madrid, given it is too late for a dominant, self-sufficient strategy. England's talent is sufficient for a high-paced and chaotic game, even though its effectiveness is clearly suspicious and unstable against organized possession football. The same more or less goes for Portugal too, they should find set-pieces that create open spaces for Cristiano Ronaldo to be effective. Otherwise, both team's will be eliminated before the semi-final, if they are lucky enough to pass the group stage without a crucial flaw.
RELATED TOPICS