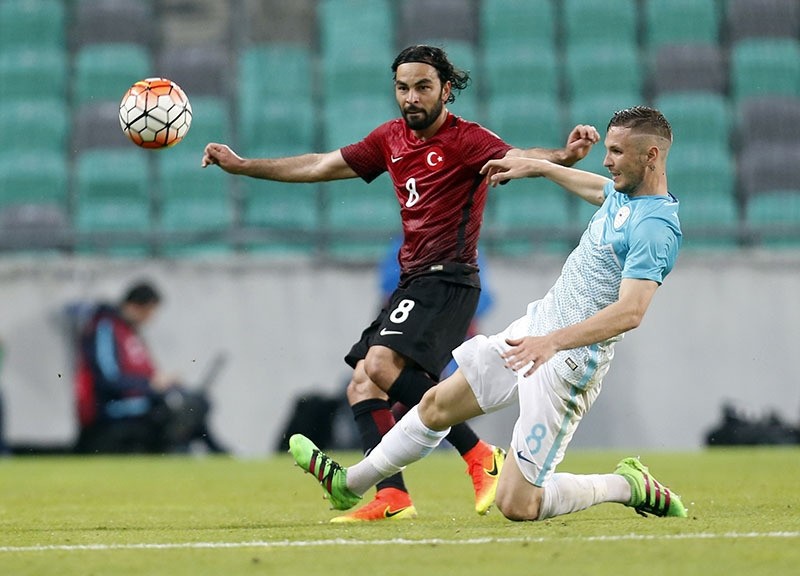 Turkey beat Slovenia 1-0 in an international friendly match at the Stozice Arena in the Slovenian capital Ljubljana Sunday.

Turkey took on Slovenia in a friendly as part of final preparations for the 2016 UEFA European Championship, Euro 2016, due to start in France on June 10.

Turkey scored in the sixth minute of the first half when Burak Yılmaz scored a header from the center of the box to the left corner, giving the win to Turkey. The goal was assisted by a cross from Hakan Çalhanoğlu, who last week scored Turkey's first ever goal against England.

Turkey will play against Croatia, Spain and The Czech Republic in Group D in the tournament running from June 10 to July 10.