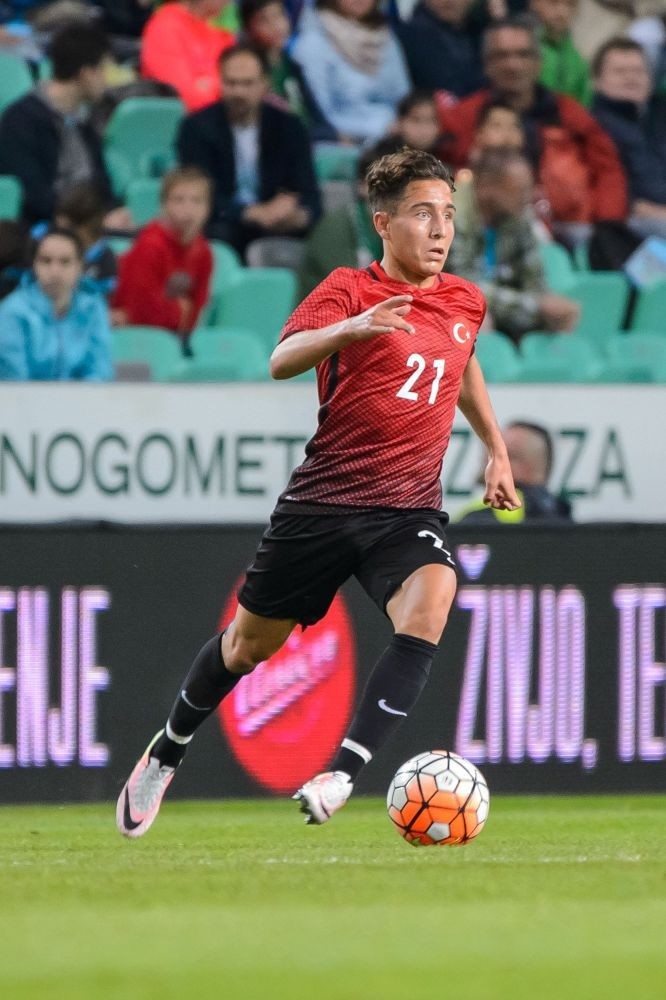 The integration into the national side of Mor, who despite his Turkish parentage is far from fluent in the language, is a potent sign of Turkey's increasing success in tapping the talents of the diaspora. Many in Turkey wistfully dream of a world-beating fantasy national side including Mesut Özil of Arsenal and İlkay Gündoğan, newly signed with Manchester City, who both slipped through the net and play for Germany. But with the likes of Mor and Mannheim-born star Hakan Çalhanoğlu turning out for the Milli Takım (National Team), the trend is starting to turn. Mor, who had played for FC Nordsjaelland since 2015, appeared for Denmark's youth side but switched his allegiance this year following intervention by Turkey coach Fatih Terim.

He made a single appearance for Turkey under 21s before making his full debut in a friendly against Montenegro, thrilling Turkish fans with quicksilver runs down the wing and virtuoso passing. Terim rewarded the youngster with a place in the Euro 2016 squad for France.

"The reason that Emre is here is that he is a player who is out of the ordinary," said Terim.

He acknowledged there had been "struggles behind the scenes" over the change of citizenship. "It was a difficult process but I think it was worth it."

Mor, a fan of social media, burst with national pride on Instagram over his debut. "This is a special day and an unforgettable day for me. I love my country."

His name grew with the interest from across Europe, including Liverpool. Before Dortmund won the contest, Turkish fans had argued between themselves over which Istanbul club he should join and even his mum intervened to say he was a Galatasaray fan.

"We have never seen something like this before," said former Turkish international turned pundit Hakan Ünsal.

Inevitably reactions from Denmark, where Mor learned his trade and played for Lyngby BK from 2006-2015, have been less enthusiastic.

"It is unfortunate that we lost such a player, because Denmark is a small country," Denmark coach Age Hareide admitted. "We can't do very much about it. It is very much about the player's own feelings," he told Danish news agency Ritzau.

Mor himself countered the feeling that he let down the country of his birth. "Some will accept me for the person I am, some won't...

"Some accept my decision of choosing to play for the Turkish national team, some don't," he wrote on Instagram, using the hashtag #hatersgonnahate.
RELATED TOPICS