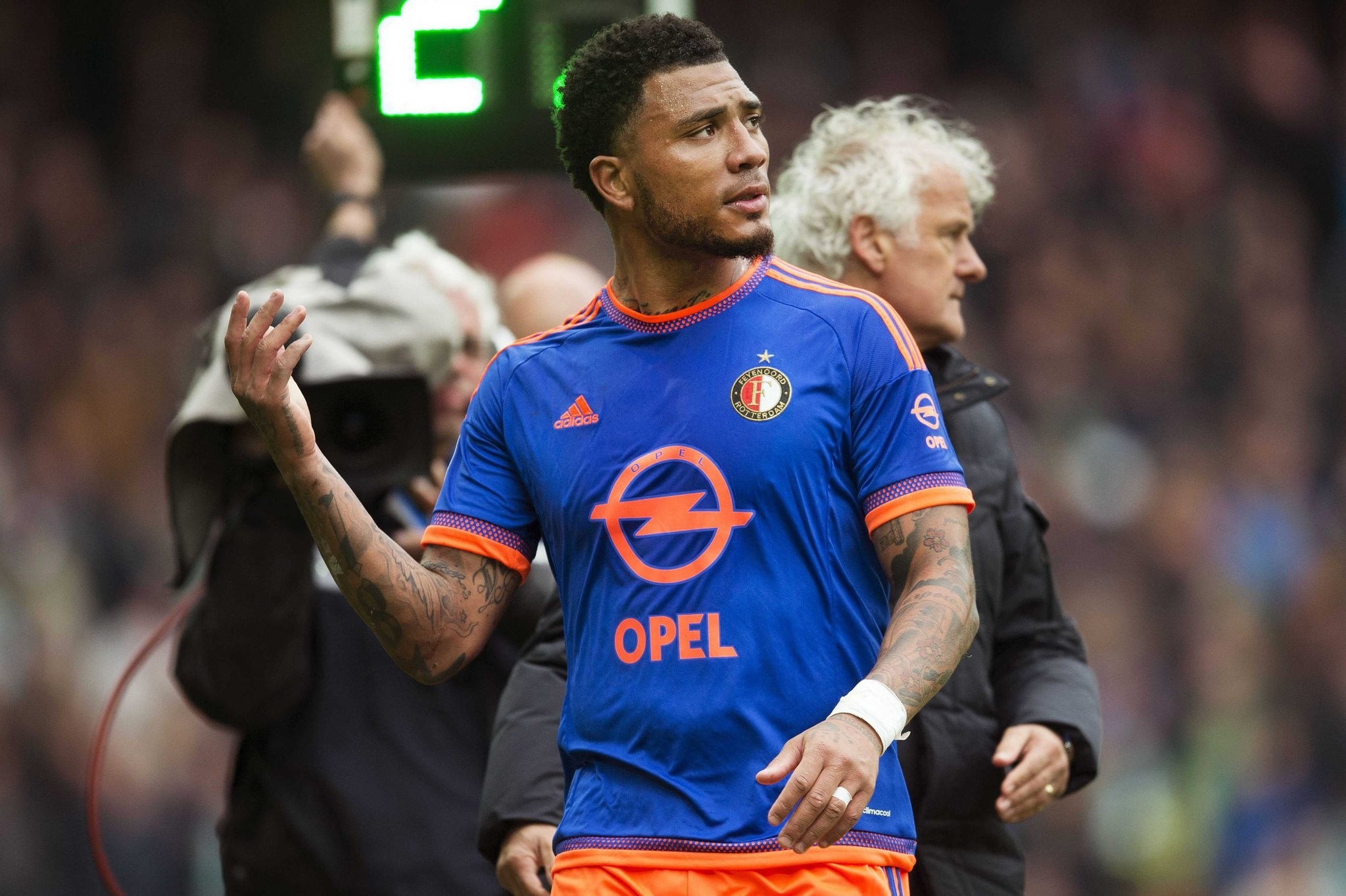 Feyenoord Rotterdam player Colin Kazim Richards is substituted during the Dutch Eredivisie match at Euroborg stadium in Groningen, The Netherlands, 26 April 2015. (EPA Photo)
by Jun 10, 2016 12:00 am

The 29-year-old England-born forward, for whom Coritiba will be his 12th team and Brazil the seventh country in which he has played club football, had only been at Celtic since February 1 when he signed a two-and-a-half year contract.

However, after just four months and with two goals in 12 appearances, he has signed an 18-month contract with the Brazilian outfit.

"Celtic FC can confirm that Colin Kazim-Richards has left the club and will be joining Coritiba. Everyone at the club wishes Colin the very best for the future," read a statement from the Scottish side.

The 37-times capped Kazim-Richards, who was eligible to play for Turkey through his Turkish Cypriot mother, began his career at lower league English side Bury and has had spells at the likes of Turkish giants Galatasaray and Fenerbahce as well as Greek outfit Olympiakos.