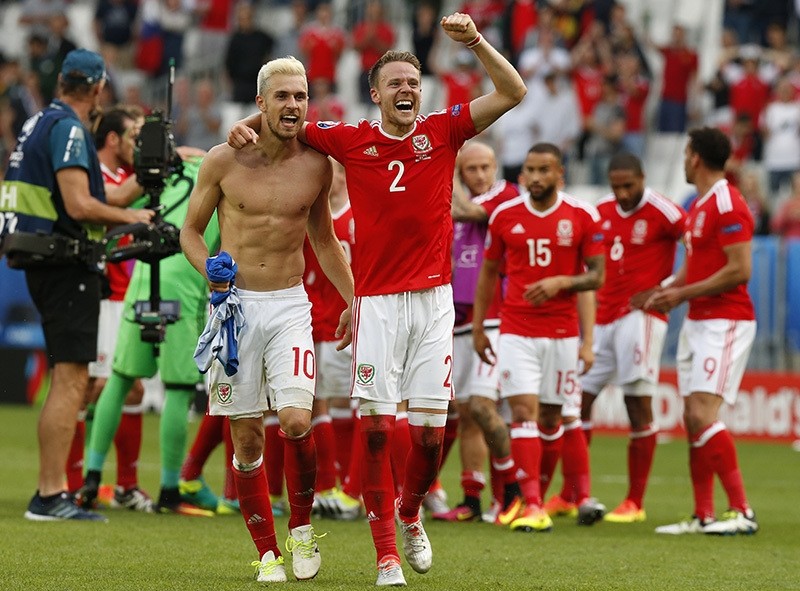 Wales got its first appearance in a major international tournament since 1958 off to a flying start Saturday by beating Slovakia 2-1 in the two sides' Euro 2016 Group B match at Stade de Bordeaux.

Real Madrid star Gareth Bale, who opened the scoring with a free-kick in the 10th minute, said the win was "just a memorable moment, a historic moment for our country".

Asked about his spectacular opening strike, Bale said: "It doesn't matter about the goals. We got the three points and we gave our fans something to cheer."

Wales substitute Hal Robson-Kanu, who currently has no club, slid home the winner in the 81st minute after Aaron Ramsey had darted through the Slovak defence.

"For Hal to get the winner was amazing," Bale said. "When subs come on they need to have an impact and he was amazing."

Bale said Welsh thoughts were already turning to their clash with neighbours England on Thursday.

"We're not thinking about this game any more, it's on to England," he said. "We've done the first part, now two more to go."

Duda had been on the pitch for just one minute before scoring.

With nine minutes to go, Wales took the lead again as Hal Robson-Kanu, assisted by Arsenal midfielder Aaron Ramsey, made a clumsy finish in the box to make it 2-1.

Wales walked away with three points and its first win in a major tournament in decades.

The other Group B match will be played between England and Russia at Stade Velodrome in Marseille later Saturday.