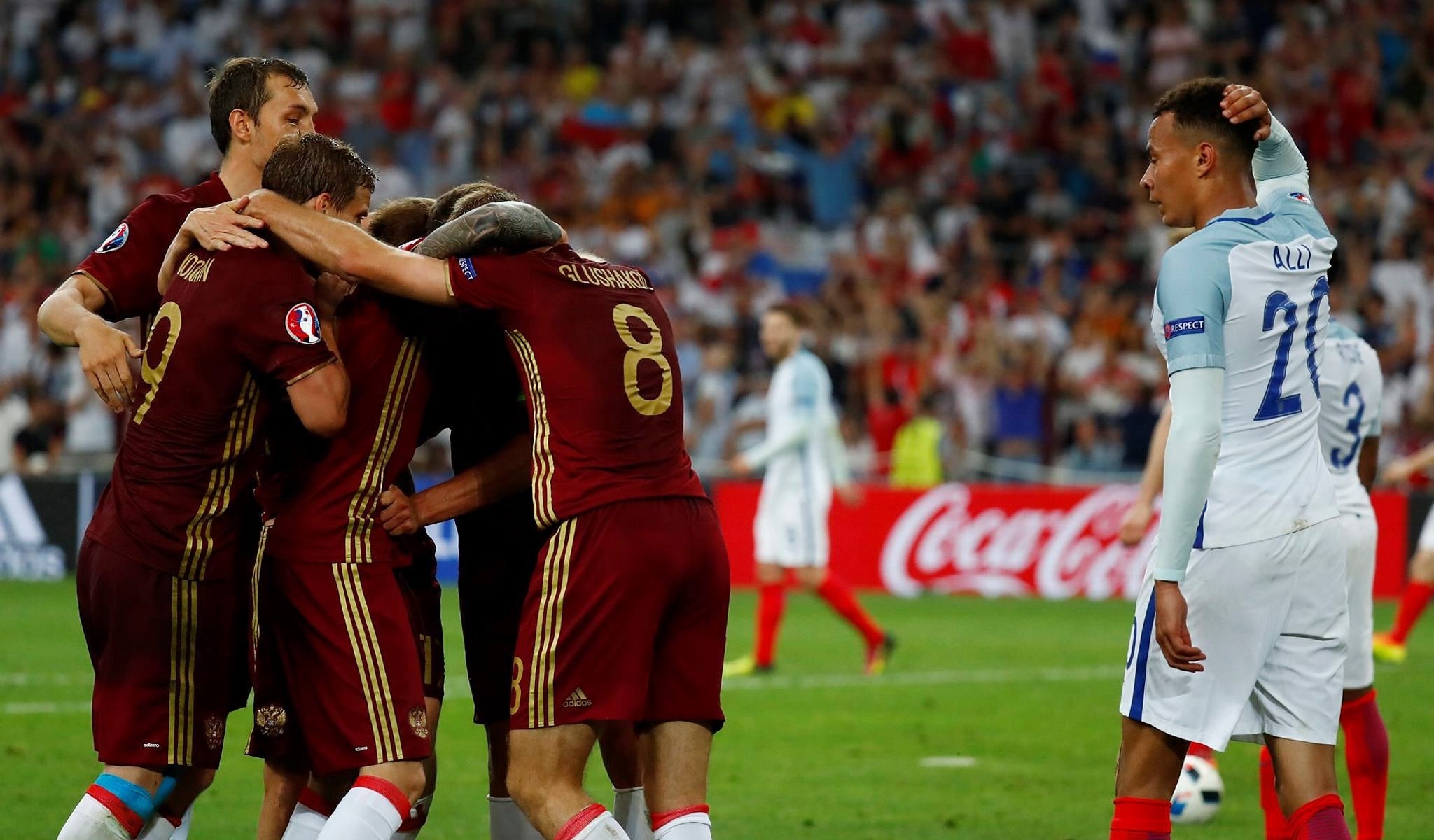 Eric Dier's superb free-kick for England was canceled out by an injury-time equalizer from Russia captain Vasili Berezutski as the two sides drew 1-1 in their Euro 2016 Group B opener on Saturday.

The buildup to the match was marred by pitched battles between English and Russian fans in the streets of Marseille that left one British man in a critical condition.

UEFA initially credited the goal to Denis Glushakov but changed the scorer just after the final whistle.

Fans in the stadium started fighting just after the final whistle blew.

Before the game, England and Russia fans rioted at the nearby Old Port district and briefly outside the stadium in Marseille in a third straight day of violence. Police in the Mediterranean port city fired tear gas and water cannons at rioters.